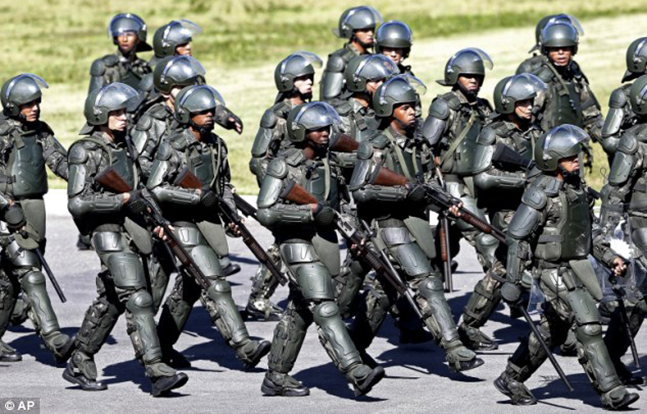 1 of 2
bope-brazil
Members of the The Batalhao de Operacoes Policias Especias. (CREDIT: The Associated Press) 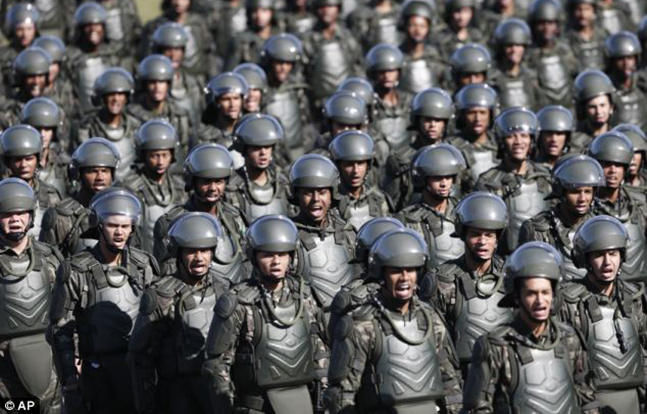 2 of 2
bope-world-cup
Members of the The Batalhao de Operacoes Policias Especias. (CREDIT: The Associated Press) 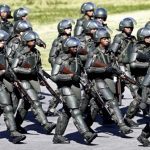 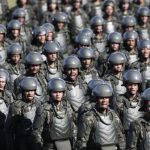 The 2014 World Cup begins in less than one month in Brazil and police are prepared for a number of different expected scenarios surrounding the month-long soccer tournament.

The BOPE unit will be prevalent more so than normal during the World Cup and will be responsible for keeping order in Rio once the games start up, according to the Daily Mail.

Carrying M16 and M4 carbine rifles with laser sights, Taurus PT92 pistols and fragmentation and stun grenades the squad have in the past also dealt with armed drug dealers who are known to operate from the city’s impoverished favelas.

The number of officers on patrol will also spike during the tournament, which runs from June 12 through July 13.

During the World Cup some 4,000 regular police officers will be on patrol and they will be joined by a further 1,500 military officers during the month-long tournament.

Fans traveling to Brazil for the World Cup have been warned to remain aware of their surroundings, with kidnappings as a major pinpoint. Fans have also been warned to steer clear of any hooliganism, which usually runs rampant with the sport in other countries.

“If a hooligans drink a lot of calpirinhas – our national cocktail – and does something crazy, BOPE are the ones that will deal with him,” Lieutenant Colonel Joao Soares Busnello told the Daily Mail. “BOPE will also be called if someone is taken hostage or there is a terrorist act or a political or religious riot.” 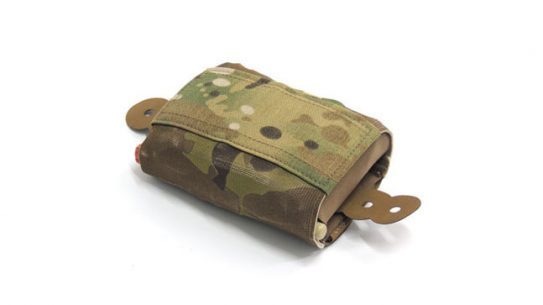