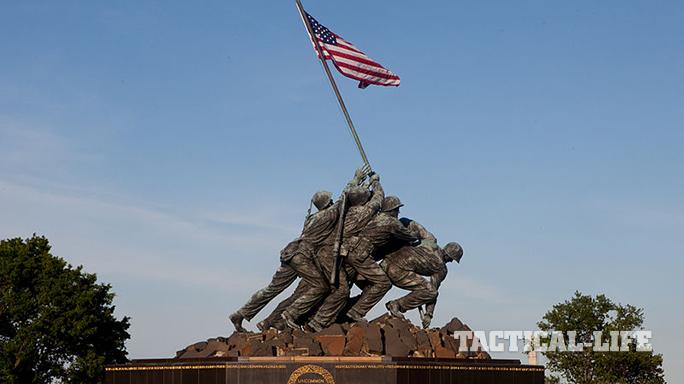 The Marine Corps War Memorial in Arlington, Va., can be seen prior to the Sunset Parade June 4, 2013. Sunset Parades are held every Tuesday during the summer months.
(Photo by Adrian R. Rowan)
Comment(s)

The following is a release from Lance Cpl. Caitlin Bevel, I Marine Expeditionary Force:

Throughout World War II, the United States military proved its effectiveness in ways that changed the course of history. After 36 days and 6,821 American lives, the battle of Iwo Jima turned the tide of the war and secured a place in the history and identity of the United States Marine Corps.

Marines, veterans, family and friends came together to remember the costs and triumphs of that battle for the 70th Anniversary of the Battle of Iwo Jima Commemoration at Marine Corps Base Camp Pendleton, California, March 7.

“We are here to pay tribute to the men of the 3rd, 4th, and 5th Marine Divisions,” said Bob Mueller, the chairman of the Iwo Jima Commemorative Committee. “These men were heroes 70 years ago and they are heroes today.”

The island was a tactically crucial position that would provide U.S. fighter planes a takeoff point and serve as an emergency landing site for the B-29 bombers. The raising of the flag on Mt. Suribachi became an iconic image representing the teamwork, dedication, confidence and effectiveness for which the Marine Corps is renowned.

“The Iwo Jima veterans went against incredible odds and they never wavered,” said Major General Lawrence D. Nicholson, commanding general of 1st Marine Division, I Marine Expeditionary Force. “There was never a doubt that they would win.”

Vandergrift said that if the Marine Corps had not earned the right to exist through their actions in the war then they should be disbanded, but that he believed the Marines offered something unique, compelling and important to the nation.

“I can’t help but think that the work that was done, the success that they had on Iwo Jima, made that speech possible, and if you really think through it, may be one of the reasons that we still exist as a Corps today,” said Nicholson.

The Marine Corps places a heavy emphasis on teaching its history not only to learn from the tactics, but also the human elements that have made them one of the most elite military services in the world.

“There is not a Marine out there today who doesn’t know about Iwo Jima. Whether they come through Parris Island, San Diego or Quantico, we have an almost fanatical obsession with making sure new Marines understand the heavy responsibility of maintaining the legacy that has been handed down,” said Nicholson. “A legacy of valor and excellence, of not only winning, but winning and keeping the highest ideas and standards of our nation.”

Commandant of the Marine Corps General Joseph Dunford sent a message to the Iwo Jima veterans who attended the memorial and included a promise.

“Your legacy is the young men and women who use your example of courage and commitment to inspire them to confront and overcome the challenges that they face today,” said Dunford. “The confidence that I have in this generation of Marines is because I know they have inherited your legacy, the spirit of Iwo Jima. I pledge that today’s Marines will keep the spirit of Iwo Jima alive.” 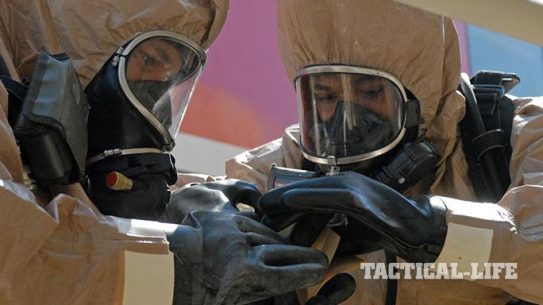