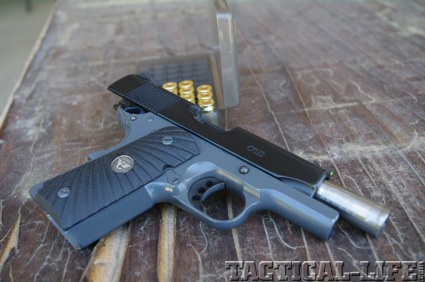 As long as I have been involved in this industry, the name “Wilson Combat” has always been synonymous with unassailable quality. Anyone who wants a top-end defensive 1911 knows that this is the source for the best that can be bought. And, with the company’s move into shotguns and later AR-pattern rifles, it soon became a one-stop shop for the self-defense-oriented shooter. 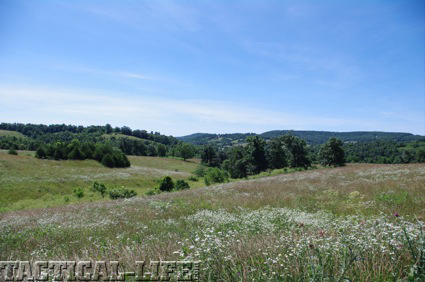 I recently had an opportunity to visit Wilson Combat’s manufacturing facility in the beautiful rolling hills of Berryville, AR, and received a behind the scenes look at not only how they produce their firearms, but also some interesting new products that are in the pipeline. We soon started on a grand tour of the facility led by John May, Sales Manager for Wilson Combat. 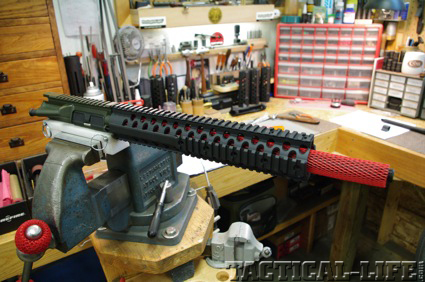 The first thing that we picked up on is that, although Wilson Combat’s extensive catalog may give the appearance of a company that is a traditional manufacturer, each and every firearm produced there is a “custom” offering. Every gun that goes out the door receives individual, personal attention. Their build room is filled with individual gunsmiths that have specific areas of expertise, with a great deal of crossover from bench to bench. The result is a firearm that is lovingly built by hands that know exactly how to do their part. 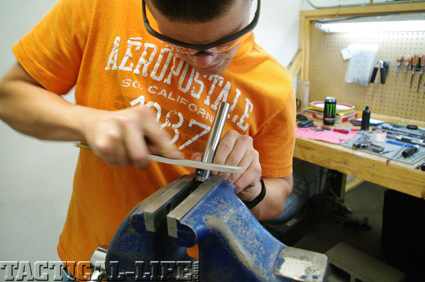 After the tour, we settled in a meeting room and got a chance to meet Bill Wilson in person. Bill gave us the rundown of the company’s new products (keep an out on this website as well as our print magazines for reviews of these shortly!) that were still under wraps, as well as a few that we could talk about immediately. 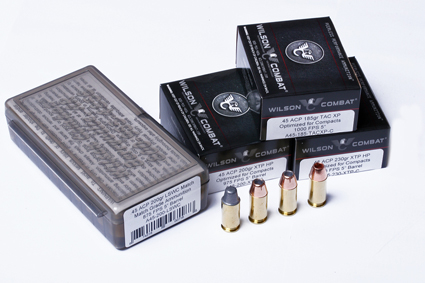 One of the most interesting was the company’s new ammo line, ranging from .380 ACP to .460 Rowland in handguns to .223 and .308 for rifles. What is most intriguing about this ammo is that is optimized for self-defense use and for specific gun types—short-barreled semi-autos to full sizes to carbine ARs to precision .308 rifles. They list the true velocity for the correct barrel length—a rarity these days. Also newly updated is the company’s Ultima Lube II line of lubricants and cleaners. As with everything Wilson puts his name on, you can count on this being fully tested and approved for use in a defensive firearm. 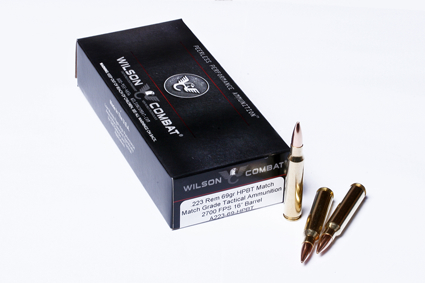 Afterwards, we were taken out to the range and given a chance to put some of their guns through the paces. I personally tried out a Spec-Ops 9 pistol as well as a brand-new 1911 and an interesting new AR variant that will definitely be of interest to our readers (once again—keep an eye out here for more info as soon as we can talk about it!). We were also given the opportunity to not only get a close look at Bill Wilson’s actual Carry Pistol, but also a chance to see him put it through its paces (while being timed and encouraged by Joyce Wilson).

It was nice to get a chance to see how the firearms that come out of Wilson Combat are put together and why they are so good, as well as to see what is coming down the pipeline shortly. For more information, visit Wilsoncombat.com, and keep an eye out here on Tactical-Life for news on other new offerings as well.

As long as I have been involved in this industry, the name “Wilson Combat”…