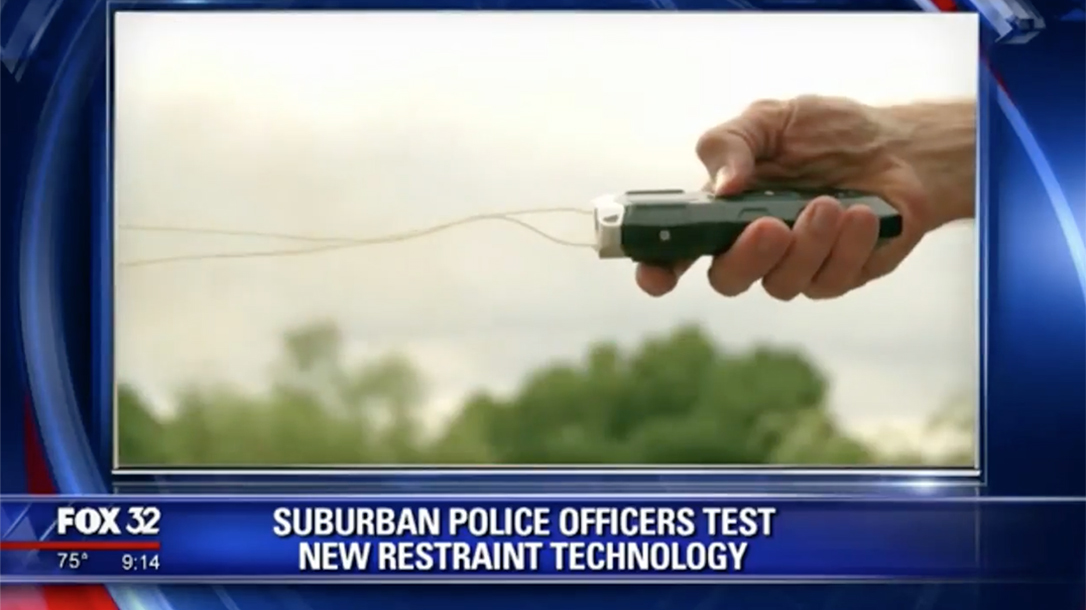 LEOs need as many options as possible to help restrain suspects, which is why officers from about half a dozen suburban police departments descended on a range at the Buffalo Grove Police Department to test out an interesting new piece of tech called the BolaWrap.

Developed by a Vegas-based company called Wrap Technologies, the official product listing for the BolaWrap describes it as a “hand-held remote restraint device that discharges an eight-foot bola style Kevlar tether to entangle an individual at a range of 10-25 feet.” The kevlar tether also contains small hooks at the end of each side that latch onto and contain a suspect.

In addition, the device is meant to be used by an officer’s support hand; it also allows for fast reload of cartridges, so one device can be used multiple times in an encounter.

“I think it’s just another tool in the toolbox for officers when they’re confronting perhaps a mentally ill person or a subject who wants to commit suicide. This might be a tool to help the officer control the subject,” Steve Casstevens, Buffalo Grove Police Chief, told Fox32 Chicago.

The device has only recently gone into production, but an MSRP has not yet been determined. Furthermore, a couple of law enforcement agencies out in California are currently using the device.

First Impressions Of The BolaWrap

Aurora, Ill. police chief Kristen Ziman said first impressions are “good” for the BolaWrap. She’s concerned, however, that the kevlar tether could wrap around a suspect’s neck.

“But there are some times where we are dealing with subjects who are going to resist arrest, and so we have to move into that force continuum. And this is an appropriate tool,” Ziman said.

In the use of force continuum on Wrap Technologies’ website, the BolaWrap is the first option for LEOs. After that is the baton, followed by pepper spray, moving onto a Taser, and finally ending with a handgun.

It’ll be interesting to see if the BolaWrap will get adopted by more law enforcement agencies. That’ll all depend, however, on if the technology is proven in the field. 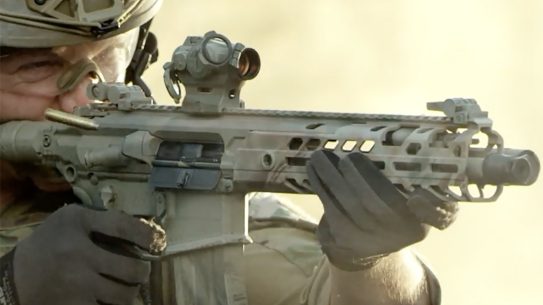 It's been confirmed that the SIG MCX system will serve as the basis for...