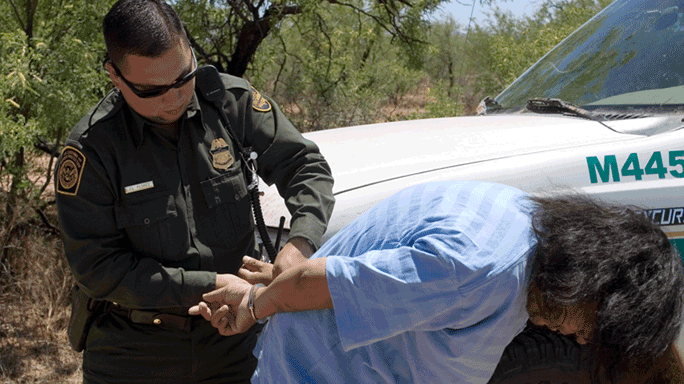 A Border Patrol agent places a Mexican National under arrest for transporting drugs into the U.S.
(Photo by U.S. Border Patrol)
Comment(s)

The following is a release from U.S. Customs and Border Protection:

“While CBP already makes extensive use of cameras in the border environment, technology is constantly evolving and we are committed to testing durable new cameras that may work with CBP’s operational requirements,” said Commissioner R. Gil Kerlikowske. “We will develop sound policies to reflect technology requirements, privacy concerns, training implications, union negotiations, and funding.”

Commissioner Kerlikowske also released the Body-Worn Camera Working Group Feasibility Study and requested a review of existing fixed camera infrastructure to identify where additional cameras are necessary at and between the ports of entry. Simultaneously, CBP will broaden review of body-worn cameras with the intention of a scaled deployment based on risk.

In the next phase of this effort, CBP will expand its overall use of cameras to include mobile, fixed, maritime and body cameras. The Commissioner plans to integrate testing of body-worn cameras into law enforcement operations such as at checkpoints, aircraft certificate inspections, vessel boarding and interdictions, and outbound operations at ports of entry.

Before implementing a body-worn camera program, CBP will have to address many policy and privacy questions related to deployment, video data storage, and training and resolve other issues such as funding. Collective bargaining considerations are also critical.

The body-worn camera feasibility study was conducted as part of CBP’s continued emphasis on transparency and accountability, and in accordance with a recommendation from a comprehensive review of CBP’s Use of Force policy. The study found that while the particular cameras evaluated were not well suited for all CBP environments, expanded camera use can have a wide variety of benefits for CBP. CBP’s actions are also consistent with the recommendations made to the agency from the CBP Integrity Advisory Panel, part of Homeland Secretary Jeh Johnson’s Homeland Security Advisory Council. 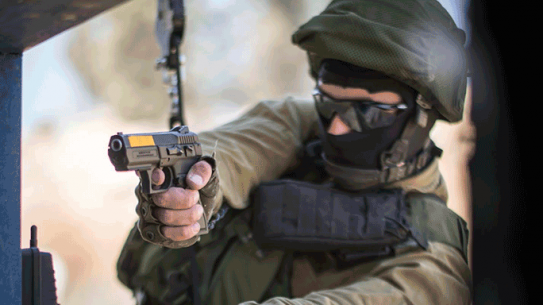 The eLog, from IWI, is a comprehensive small arms management and control solution that...