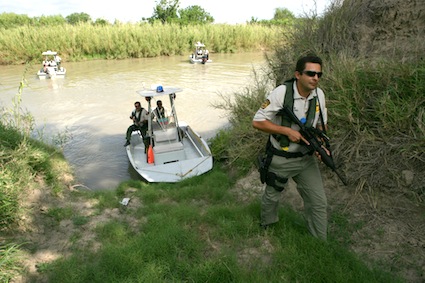 The U.S. Border Patrol on Tuesday unveiled its first national strategy in eight years, a period in which the number of agents more than doubled and apprehensions of people entering illegally from Mexico dropped to a 40-year low.

The new approach outlined in a 32-page document that took more than two years to develop uses buzzwords like “risk-based” and “intelligence-driven” to describe a more nuanced, targeted response to constantly evolving threats.

The Border Patrol previously relied on a strategy that blanketed heavily trafficked corridors for illegal immigrants with agents, pushing migrants to more remote areas where they would presumably be easier to capture and discouraged from trying again.

Conditions on the border have changed dramatically since the last national strategy, putting pressure on the agency to adapt to a new landscape. An unprecedented hiring boom more than doubled the number of agents to 21,000 since 2004, accompanied by heavy spending on fencing, cameras, sensors and other gizmos.

At the same time, migration from Mexico has slowed significantly. Last year, the Border Patrol made 327,577 apprehensions on the Mexican border, down 80 percent from more than 1.6 million in 2000. It was the slowest year since 1971.

Read more of the AP article at KRGV.