The 9th Circuit heard arguments Wednesday on whether it should reverse an Arizona jury’s verdict to award 16 illegal immigrants over $73,000 in damages from border vigilante Roger Barnett.

Barnett had accosted the group of all women in March 2004 as they were resting near Arizona on State Highway 80.

Driving with his dog in an All Terrain Vehicle, he held the aliens at gunpoint until a Border Patrol agent arrived, according to the Mexican American Legal Defense and Educational Fund, which represented the group.

Barnett told the aliens in Spanish, “My dog is hungry, and he’s hungry for ass,” according to the group’s complaint.

A civil jury ruled for the plaintiffs after an eight-day trial in February 2009, awarding damages for their emotional distress and assault claims.

On Wednesday, Barnett’s lawyer John Kaufmann said punitive damages had been improperly awarded and asked the court to overturn the jury’s verdict on that issue.

He argued that certain evidence had been admitted for the jury to examine that should have been withheld, including a personality test administered to the plaintiffs called the Minnesota Multiphasic Personality Inventory.

Kaufmann said the test results unfairly influenced the jury’s decision. “It never should have been presented to the jury,” Kaufmann said.

Judge Barry Silverman questioned Kaufmann as to why he never objected to the admissibility of the test before the jury’s verdict.

“He says it’s valid, you say it’s not valid, the jury hears it and gives it as much or as little weight as it deems fit,” Silverman said. “That’s like every other case. You made your argument … the jury considers it.”

He asked the court vacate the award for punitive damages as they applied to two of the women, Sara Vasquez and Sandra Velasquez.

Again Silverman asked Kaufmann why he was just now raising the issue of admissibility and said the lawyer could have raised his objections when he received the jury verdict form. 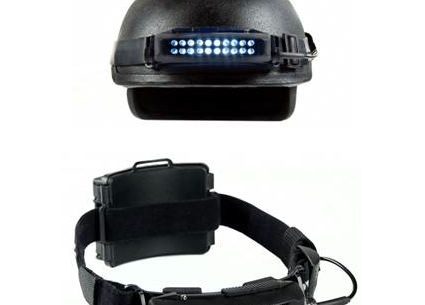