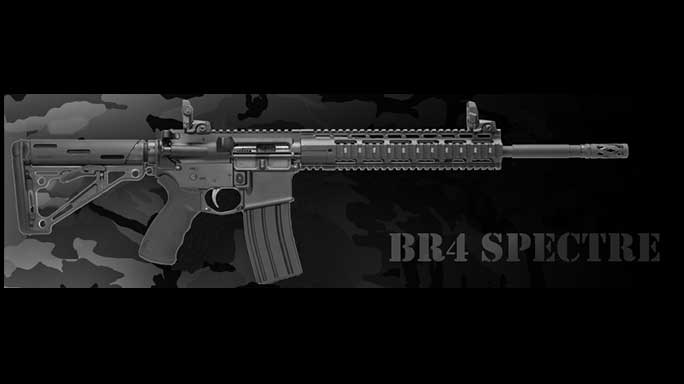 Every once in a while a police department will upgrade its arsenal. Police officers who are out there risking their lives every day deserve to be carrying firearms and gear that will help them get the job done, no matter the situation. Case in point: the Liberty Police Department in Liberty, Texas, which just received four additional BR4 Spectre rifles — as well as magazines, tactical bags and single point slings — from Houston-based Battle Rifle Company.

The new BR4 Spectre rifles, equipped with both iron sights and EoTech 512‘s, will be given to officers assigned to traffic and patrol.

“We are working to equip all our patrol division with rifles in the coming year,” Chief Tom Claunch said.

More in the press release below:

Liberty, Texas is a community that has experienced rapid growth in recent years. Its rural appeal and easy commute from Houston make the city attractive to those looking for a place with country charm.

The community has seen unprecedented development of housing and growth in the area. In order to keep up with this progress, Liberty PD has expanded its operations, built new facilities and added officers to the force.

Liberty PD had an officer related shooting in April of 2015, only days after Chief Claunch took charge of the department.

Chief Claunch added, “We want to give our officers all the tools they need for every situation.”

The BR4 Spectre rifles, built strong and equipped with many features at an affordable price, will serve as the primary carbine for the department.

Liberty PD is also upgrading its existing inventory of rifles, converting older rifles of other brands to the Spectre configuration.

The new rifles were delivered with additional magazines, tactical bags and single point slings to complete the package.

The end result was a cost effective tactical package that met the department’s economic needs. 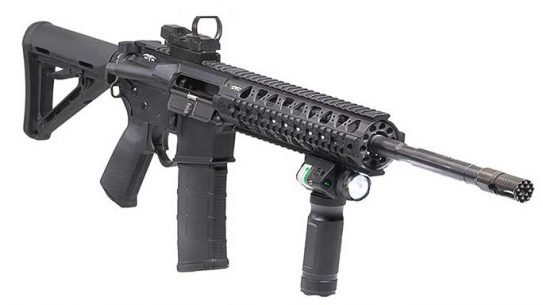