Brady Campaign President Paul Helmke has, perhaps inadvertently, revealed his intentions to push for an expanded ban on semiautomatic sport-utility rifles, and he invented a new demon in the process, proving he has no intention of finding common ground with gun owners, the Citizens Committee for the Right to Keep and Bear Arms said today.

Writing yesterday in his blog on the Opposing Views forum about his meeting with Obama administration officials last week, Helmke outlined his wish list, which includes “increasing the number and type of military-style weapons, including ‘assault clips,’ that should not be readily available to civilians…”

“So, this is Paul Helmke’s definition of a ‘new discussion’ that President Obama mentioned in his Op-Ed column two weeks ago,” observed CCRKBA Chairman Alan Gottlieb. “Sounds like the same old rhetoric to us. Helmke wants to ban a larger number of commonly-owned firearms, and he has invented a new term to demonize a commonly-owned shooting accessory. Maybe that’s what Helmke thinks Obama meant.”

In his column, Helmke once again alludes to the “flood of guns being illegally trafficked” to Mexico. Gottlieb said there is one glaring omission in his statement.

“Nowhere does Helmke mention that this so-called ‘flood of guns’ was evidently accelerated by the Bureau of Alcohol, Tobacco, Firearms and Explosives’ scandalous Project Gunrunner and Operation Fast and Furious,” he observed. “Maybe Helmke doesn’t watch CBS news or read the newspapers, which have revealed that those ATF operations funneled thousands of guns into the black market pipeline that goes into Mexico.

“Helmke complained that one gun rights organization has declined to participate in what is quickly looking like a charade,” Gottlieb stated. “The Citizens Committee is still waiting for an invitation, because we would be happy to talk about all of the guns this administration has supplied to Mexican criminals. 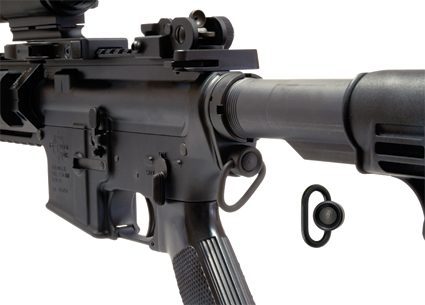