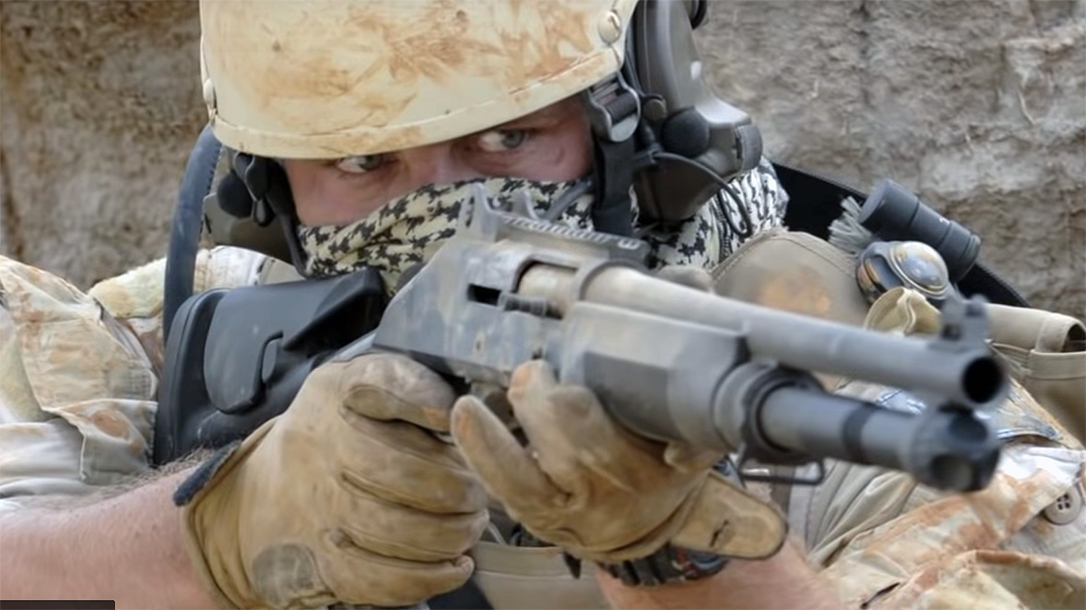 A British SAS operative killed five jihadi terrorists in a mere seven seconds. And he did it running a Benelli M4 shotgun. The breacher made immediate contact in Iraq recently, and with quick work likely saved several members of his team. 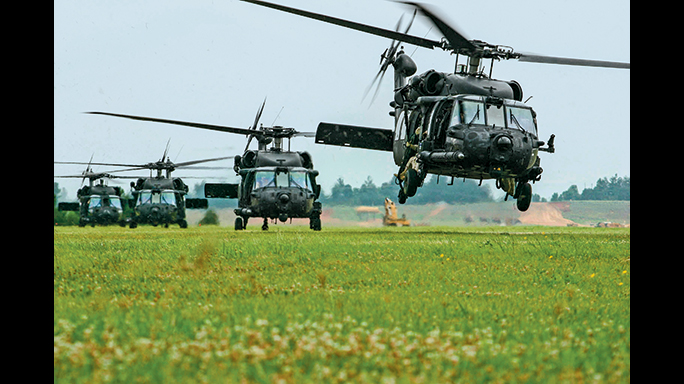 While deployed to Iraq, a 12-man SAS team, working with MI6 agents and Iraqi special forces, conducted a raid on an Islamic State outpost in Baghdad, reported dailystar.co.uk. The teams gained intel of a suspected bomb factory in the Iraqi capital.

After watching the house for several days, they gather additional intel of a planned multiple suicide bombing mission, according to dailystar.co.uk. So just before dawn, a breaching team entered through a doorway into a courtyard. There, they ran into heavily armed opposition forces.

One of the breachers immediately opened fire with a Benelli M4 shotgun. In short order, he reportedly killed three would-be bombers, according to dailystar.co.uk. “The terrorists were no more than a few feet away when the SAS team came face to face with them,” an unnamed source told dailystar.co.uk.

“One of the breach team opened fire with a shotgun and shot dead three before they could get a shot off,” the source continued. “Another two terrorists appeared from a building and he neutralized them as well. It was a case of bang, bang, bang, then bang, bang. It was over in seven seconds.

“Several other terrorists emerged from the building but immediately surrendered and began panicking as two of the bodies didn’t have heads – they thought they were about to be executed,” reported dailystar.co.uk.

After the chaotic fight, a source said the team found suicide vests on two the dead enemy combatants. The vests each contained slabs of plastic explosives. They also contained ball bearings, clearly meant to cause casualties in a crowded space, according to dailystar.co.uk. 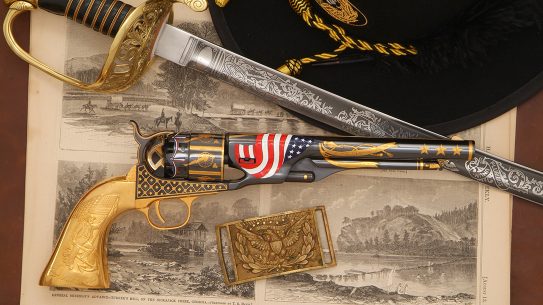 Elaborately engraved and meticulous and difficult to produce, the rare and exotic Tiffany Colt...