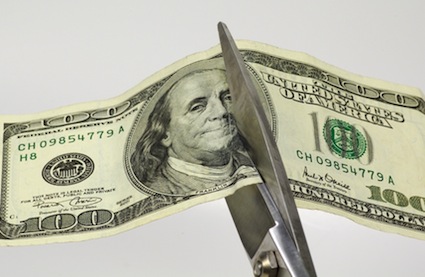 More than a dozen Air Force fighter squadrons were grounded Tuesday at U.S. bases around the world, including some in Europe and the Pacific, as the cash-strapped service confronts the effects of steep defense budget cuts brought on by sequestration.

About one-third of active-duty Combat Air Force warplanes were to be grounded in connection with the elimination of about 45,000 flying hours by Oct. 1, according to a news release from Air Combat Command.

The Air Force’s budget for flying hours was reduced by $591 million for the remainder of fiscal 2013, which makes it impossible to keep all squadrons ready for combat, Defense News reported.

“We must implement a tiered readiness concept where only the units preparing to deploy in support of major operations like Afghanistan are fully mission capable,” Gen. Mike Hostage, commander of Air Combat Command, said, according to the release. “Units will stand down on a rotating basis so our limited resources can be focused on fulfilling critical missions.”