WASHINGTON, April 1, 2008 – President Bush strongly endorsed Ukraine’s and Georgia’s aspirations to join NATO during a news conference with reporters in the Ukrainian capital of Kyiv today. With Ukrainian President Viktor Yushchenko by his side, Bush told reporters he’ll support the adoption of membership action plans for Ukraine and Georgia at the three-day NATO summit conference that starts tomorrow in Bucharest, Romania. Defense Secretary Robert M. Gates also is slated to attend the conference.

“In Bucharest this week, I will continue to make America’s position clear: We support (membership action plans) for Ukraine and Georgia,” Bush said. “Helping Ukraine move toward NATO membership is in the interest of every member in the alliance and will help advance security and freedom in this region and around the world.”

Ukraine “is the only non-NATO nation supporting every NATO mission,” Bush pointed out.

“In Afghanistan and Iraq, Ukrainian troops are helping to support young democracies,” Bush said. Ukrainian forces also are helping keep the peace in Kosovo, he added.

Yushchenko said his country has “received full-fledged support from the USA” to join NATO, adding that he hopes for an added “positive signal” at the NATO conference in Bucharest.

Bush reiterated that he “strongly” believes the two former Soviet republics should be admitted into NATO. This issue, he pointed out, should not be influenced by Russian concerns about U.S. wishes to install anti-ballistic missile defense sites in Poland and the Czech Republic.

Russian President Vladimir Putin and other senior Russian officials have publicly expressed apprehension about NATO expansion in Eastern Europe, as well as U.S. proposals to install anti-missile systems in Poland and the Czech Republic.

Bush, who is slated to meet with Putin at the Black Sea resort of Sochi following the NATO conference, said he has sought to assuage the Russian president’s concerns.

The U.S. president said he told Putin during a recent phone conversation that NATO is a peaceful organization that poses no threat to Russia.

Today, Bush forwarded a report to Congress about the future enlargement of NATO. That report includes, among other things, an explanation of how an invitation to each country to join NATO would affect U.S. national security interests.

In addition, Bush said, he has “made it abundantly clear” to Putin that the proposed missile-defense system “is not aimed at defending against Russia.” Bush said he likes Putin, noting the Russian president has provided strong leadership for his country.

Gates also has been heavily involved in negotiations with the Russians over the Poland/Czech Republic missile-defense system proposal. In March, Gates was in Moscow for discussions with senior Russian defense officials about the issue.

“We had the opportunity to elaborate on a number of confidence-building measures and measures for transparency to provide assurance to the Russian Republic that our missile defense sites and radars would not constitute a threat to Russia,” Gates told reporters during a March 18 news conference in Moscow. 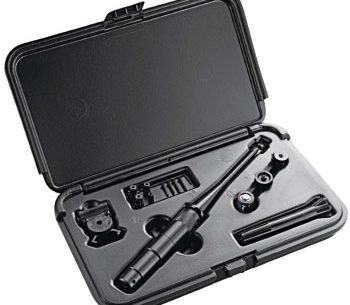 We include the Kryptonyte tactical laser system in our roundup of the latest and...