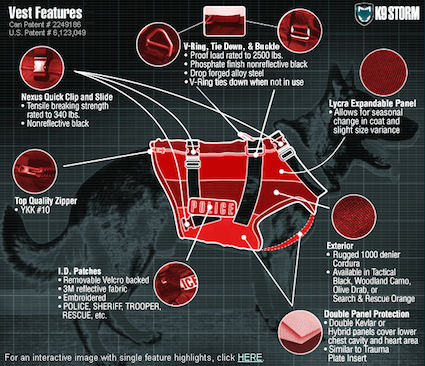 If you see this dog coming for you, run. Thanks to his extensive training — and customized body armor that can cost upward of $30,000 — he’s bulletproof, can hear through concrete and can record high-def video of missions, even in the dead of night.

Since the moment it was revealed that the “nation’s most courageous dog” (Update: named “Cairo”) served alongside the 80 Navy SEALs who took out Osama bin Laden, America’s fascination with war dogs has hit a fevered pitch. And while the heart-tugging photos of these four-legged heroes are worth a look, so is the high-tech gear that helps them do their job.

Last year, the military spent $86,000 on four tactical vests to outfit Navy SEAL dogs. The SEALs hired Winnipeg, Canada-based contractor K9 Storm to gear up their canine partners, which it has used in battle since World War I. K9 Storm’s flagship product is the $20,000-$30,000 Intruder, an upgradeable version of their doggie armor. The tactical body armor is wired with a collapsible video arm, two-way audio and other attachable gadgets.

Read the rest of Elbert Chu’s article at MSNBC. 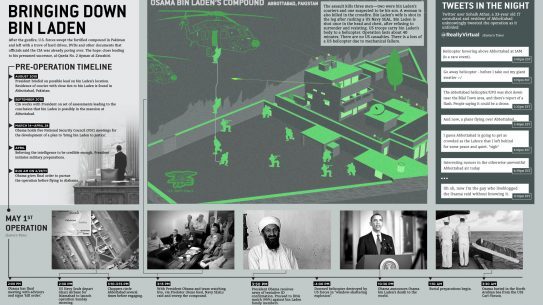 “Breakdown of the Takedown”: Another bin Laden tactical raid infographic.

Learn more about this K9 storm here. If you see this dog coming for…