Monday with much fanfare, the California DOJ launched their new Firearms Dashboard Portal. The intent of the website was to “improve transparency and information sharing for firearms-related data and includes broad enhancements to the platform to help the public access data on firearms in California” per the press release. Well, they certainly provided transparency, because the database included the names and home addresses of everyone who had applied for or been granted a concealed carry permit in California over the last 10 years. 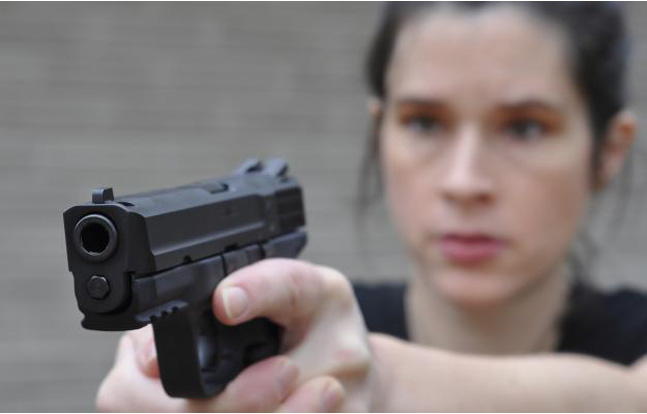 By Tuesday, the California DOJ had pulled the website offline. They issued the following statement: “We are investigating an exposure of individuals’ personal information connected to the DOJ Firearms Dashboard. Any unauthorized release of personal information is unacceptable. We are working swiftly to address this situation and will provide additional information as soon as possible.”

That’s probably not very comforting to any of the thousands of law-abiding gun owners on the list. In addition to home addresses and other information, the data breach also included information on whether or not the person with the carry permit was a judge or a reserve law enforcement officer. Other information included in the breach: names, birthdays, addresses, ages, the purchase date and type of firearm permit they possessed.

The timing of this “mistake” by the California DOJ is pretty poor. Just days after California Attorney General Rob Bontasent out a memo saying that the “just cause” requirement for California CCW permits was no longer constitutional, his office “accidentally” publishes every CCW permit holder’s name and address?

I don’t normally indulge in conspiracy theories, but this one is a little too convenient for me to dismiss out of hand. Here are the two likely scenarios:

1. A disgruntled anti-gun California DOJ employee intentionally allows all the personal information of gun owners onto the public facing website. This is in the hopes of dissuading people from applying for permits.

2. The CA DOJ’s IT department is hilariously incompetent at their jobs. They didn’t test the website in a live environment to make sure that this wouldn’t happen.

Here’s the problem. Both these scenarios are equally plausible. In these emotionally charged times, anything’s possible. Could someone have intentionally done this? Yes. However, it’s just as likely, if not a little more so, that a government agency is terrible at their job. In a race to the bottom of the barrel of competence, no one is faster than the government.

The California DOJ isn’t the First to Do This

Sadly, this isn’t the first, or even the second time that CCW permit holder information has been weaponized against gun owners. For example, in 2009, Memphis newspaper The Commercial Appeal published a database of every CCW permit holder in the state of Tennessee. At the time, TN laws included CCW permit info as part of the public record. The backlash from the 2A community was intense. The list went offline and TN changed its laws to prevent something similar from happening again.

Additionally, after the Sandy Hook attack, a paper in New York State published a map of gun owners in their county. Again, the response from the firearms community was swift and the map was taken down.

T​he “mistake” from the California DOJ is also an excellent example of why even law-abiding gun owners are opposed to gun registries. Time and again we’ve seen the government fail to safeguard our personal and private information. Imagine if there was a nationwide gun registry in the hands of the same government that, for instance, can’t keep the personal data of people with security clearances private.