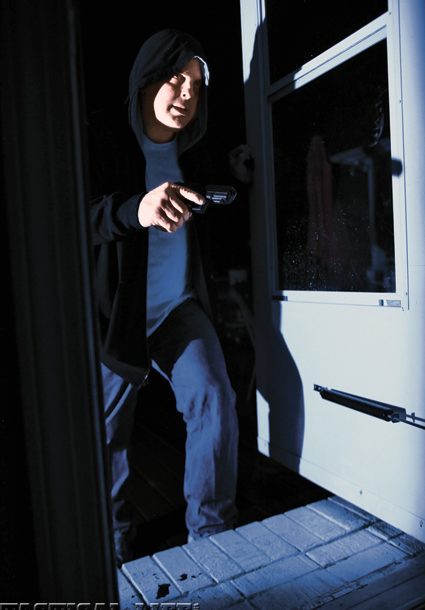 An Antioch man at home with his young son disarmed an 18-year-old man who kicked in his front door and shot him dead with his own gun, the second time in three months that a resident in the city has fought back with deadly results, police said Tuesday.

The resident, who was home with his 7-year-old son, did not answer the doorbell right away and then peered out a window, only to see his front door being kicked in “pretty aggressively,” acting police Lt. Diane Aguinag said.

“He just jumps the guy and realizes the guy has a gun,” Aguinaga said. “He somehow (got) it away from him” and shot the intruder three times in the torso, then called police, she said.

The intruder died at the scene, and his semiautomatic handgun was recovered. He was identified as 18-year-old Jeremiah Stovall of Antioch, who police say had a criminal history that included weapons violations.