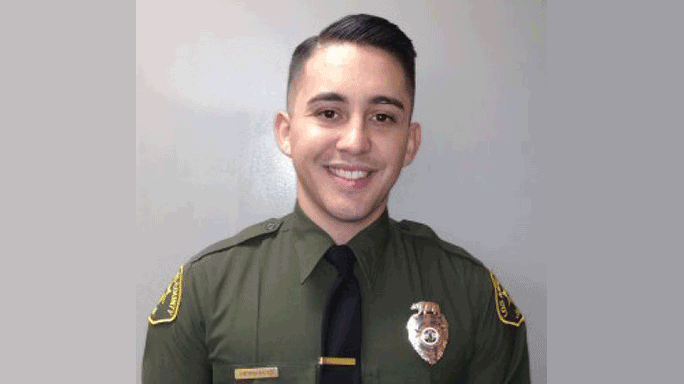 The following is a release from Capt. Jason Sweeney, California National Guard:

Pfc. Jesse Hernandez doesn’t think of himself as a hero, but just about everyone else does, especially 42 people who escaped from a burning charter bus after Hernandez forced open the bus’s jammed door.

Hernandez’s actions resulted in television news reports, a press conference and congratulations from his coworkers at his civilian job and Soldiers in his unit. His heroics spread across social media. He even received a call from “The Ellen DeGeneres Show.”

“Everybody was more excited about it than I was,” Hernandez said. “I don’t see myself any different.”

Hernandez, 25, is a rifleman for the California National Guard’s D Company (Weapons), 1st Battalion, 160th Infantry Regiment, out of San Pedro. On the civilian side, he works as a custody assistant for the Los Angeles County Sheriff’s Department at the North County Correctional Facility.

On the evening of Oct. 18, Hernandez was driving to work on westbound State Route 60 in Hacienda Heights when traffic began to slow. He saw smoke coming from a charter bus, which was blocking the No. 3 and 4 lanes. Fire was coming out of the engine compartment.

As Hernandez drove up, he could see people inside the bus were crowded toward the front, but no one was outside. Some of the passengers were sticking their heads out of the emergency windows to escape the smoke.

“I immediately pulled over,” Hernandez said. “I ran up to the bus and saw the bus driver inside kicking the door and trying to open it.”

Hernandez tried to open the door from the outside but it was jammed. He felt around the door and found a handle, pushed it open and told everyone to exit. By this time, smoke was pouring out of the bus.

Forty-two passengers, including several children, came out the door, many of them thanking Hernandez for what he had done.

When the last person exited, Hernandez went inside and checked for stragglers. The engine compartment at the rear of the bus was engulfed in flames and the bus was entirely filled with smoke.

Hernandez found no one else inside. When he exited, firefighters and deputies had arrived on the scene. Hernandez told them what had happened and then got in his car and drove to work.

When he arrived at the correctional facility, his lieutenant called him over. The lieutenant and everyone there had already heard what had happened. The news had spread through the Los Angeles County Sheriff’s Department.

Television news stations picked up on the rescue and it blew up on social media. Even the inmates at the correctional facility saw the reports on television.

Two days later, Hernandez was at home sleeping after working a 16-hour shift. He was awakened by a phone call telling him to head over to the Los Angeles Hall of Justice to represent the department at a press conference.

“They’re proud of me for what I did,” Hernandez said of the department, adding that his Family and girlfriend told him they are proud of him, too.

But for Hernandez, what he did just came naturally. “I guess with all my training with the department and with the Army, it seemed like a normal thing to do.”

“I was happy that one of our guys was at the right place at the right time to help others,” 1st Sgt. Matthew Sprenger said. “When we get good news it’s a good thing. He did really well and we’re proud of him.”

Hernandez said he had wanted to join the Army out of high school but went to college instead. After landing the position with the sheriff’s department, he still wanted to be in the Army so he enlisted in the Guard in 2014.

His goal in the military is to move up the ranks and gain experience and knowledge. On the civilian side, his goal is to become a deputy sheriff. 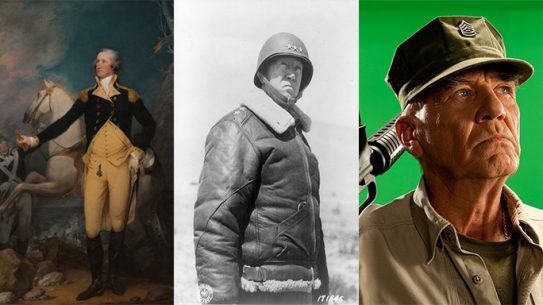 32 of the Greatest Military Quotes of All Time

America’s warfighters have always had plenty to say about combat and protecting our country!