Aerial footage shows the intense end of the chase, that began after Ayon-Barraza allegedly mortally injured Tamisha Thomas. He then reportedly dumped her lifeless body, leading to the wild police chase, according to mercurynews.com.

Aerial footage shows the suspect, while under fire, ram into an Oakland patrol SUV. The suspect’s van runs over an Oakland officer, who suffered several broken bones during the crash, reported mercurynews.com.

The second cut of footage comes from Richmond Officer Joe DeOrian, according to mercurynews.com. The footage shows DeOrian fire a volley of shots through his own windshield and driver’s side window. He conducts a magazine change, disembarks the vehicle, and puts more rounds into the suspect’s van.

A career criminal, Ayon-Barraza was also wanted for failing to complete a domestic violence class, part of a previous sentence. In that case, he allegedly held a knife to another woman’s throat and sexually assaulted her, reported mercurynews.com. 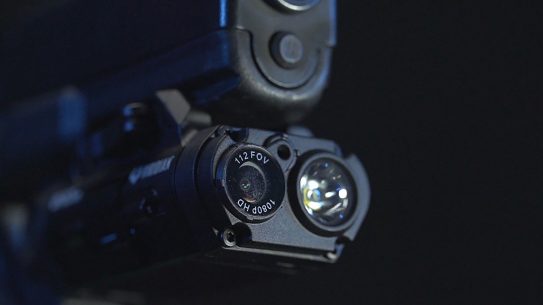