Canada Border Services Agency officers have drawn their weapons with some regularity since they began carrying firearms in 2007, documents show.

And there is no proof so far, the CBSA concedes, that having armed officers has made them any better at their jobs but even so the federal government still plans to spend $785 million is being spent to armed 4,800 CBSA officers.

An evaluation conducted by the agency showed that as of March, 2009, almost 65 per cent of the 533 front-line border services officers were armed and more than 10 per cent had drawn their weapons since they were first introduced in 2007.

The weapons have been discharged only twice, and no one has been injured. They are usually drawn when officers come across firearms in a vehicles.

It used to be that police were called to the border crossings when things started to get dangerous and the accused were arrested.

As of Thursday, May 13, 2010 there had been 80 incidents in which a duty officers had drawn a firearm on 80 occasions. In all cases in which officers use force, the agency reviews the incident to determine whether established standards and protocols were followed, the agency told the Star.

Including the front-line officers who work at the border crossings, there are currently 1,252 officers who have been trained to carry firearms and been deployed to various locations across Canada.

The CBSA intends to arm 4,800 of its officers at land and marine ports of entry by 2016, as well as officers who perform enforcement functions within Canada.

The initiative will cost $785 million. This includes the 400 new permanent CBSA officers who are being hired, trained and equipped in order to eliminate work-alone situations.

“However, it is not possible to determine whether officers are more effective in exercising these duties as a result of being armed,” states a CBSA ’s arming initiative evaluation study.

“It was never intended to do anything else but to protect officers against a level of violence that would justify that type of force,” he said.

Firearms which are not declared by travelers are subject to seizure and the person in possession of the weapon is subject to arrest. Declared firearms are verified to ensure compliance with the provisions of the Firearms Act, says the CBSA.

Documents obtained by the Star through Access to Information showed that CBSA officers quite often find guns after a secondary search of travellers or their vehicles.

“Officer (name left blank) pulled back the sleeve of a jacket and he discovered the butt end of a handgun (later identified as an undeclared 9-mm Millennium Pro Taurus 111, a prohibited firearm according to the Canada Firearm Act). Officer (name left blank) yelled “GUN” to warn the other officers and request assistance,” states a report from November 2008.

Officers then drew their sidearms to “low-ready-position.”

“Armed officers are better prepared and trained to deal with a broader range of options when responding to potentially dangerous situations,” the agency said in an email to the Star.

The CBSA’s policy on the use of force states that a “duty firearm can be drawn when the officer has reasonable grounds to suspect … it may be necessary to use the duty firearm to self-preservation or the preservation of anyone under the officer’s protection, or where there are reasonable grounds to suspect that a person is armed and presents a danger to the officer, fellow officers or members of the public in the area.” 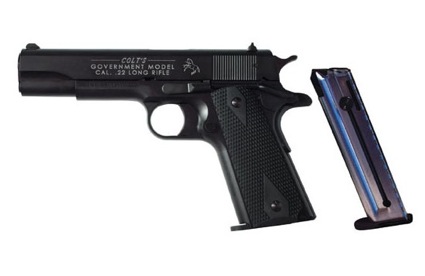