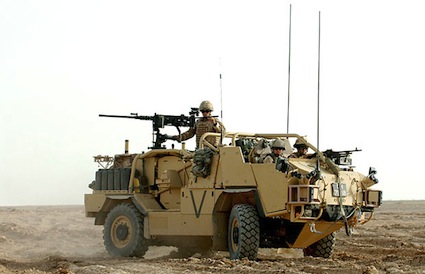 Canada’s special forces units will be getting new vehicles as early as next year.

Sixty special reconnaissance vehicles will be bought and housed at Canadian Forces Base Petawawa to support special forces units there, in Ottawa and in Trenton, Ont. The new vehicles are being located with the Canadian Special Operations Regiment in Petawawa, which would also provide maintenance support as well as drivers. The high-mobility trucks will be available to various units such as the Ottawa-based Joint Task Force 2 or to special forces task groups.

“The regiment will own that capability and I will allot that capability to the (special operations) task forces,” explained Brig.-Gen. Mike Day, head of the Canadian Special Operations Forces Command (CANSOFCOM) in Ottawa. “If the task force needs it, the regiment will provide the capability, not just the vehicles. They are going to be masters of that platform.” Canadian special forces use Humvees in Afghanistan. Day said the Humvees will be usable until the end of the Afghan mission in the summer of next year.

The new vehicles will likely be a version of the British-designed Supacat Jackal. That vehicle is being built by Lockheed Martin in the U.S. and being marketed to Canadian and U.S. militaries.

The special forces command could look at an additional purchase of 20 more vehicles at a later date.

The special reconnaissance vehicle would be required to operate for extended periods of time in enemy territory and be capable of carrying maintenance equipment and other supplies.

The request for proposals from industry for the special reconnaissance vehicle closes at the end of May. Only one firm, Lockheed Martin, is expected to bid.

The Supacat Jackal is in service with a number of special forces organizations around the world, including with British and Australian units. Several years ago, the Australian government had ordered 30 of the patrol vehicles for its special forces. Those vehicles are worth more than $1 million each.