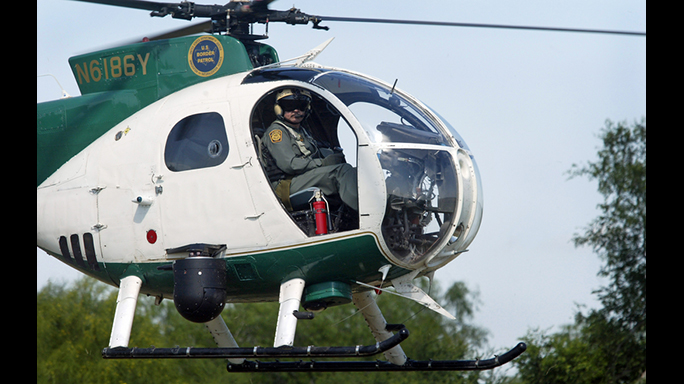 A look at a CBP Helicopter.
(Photo by U.S. Customs and Border Protection)
Comment(s)

The following is a release from the International Association of Chiefs of Police:

On June 5 at approximately 5:30 p.m., a U.S. Customs and Border Patrol helicopter sustained damage from small arms fire while on patrol in a drug interdiction mission on the border of Texas and Mexico. The helicopter took two direct hits from suspects on the ground.

Many helicopter pilots involved with narcotic interdiction work on the Mexican border keep their ballistic body armor beneath their seat instead of wearing it. In this case, it worked! One round penetrated the cabin of the helicopter and was stopped by the pilot’s vest directly under his seat.

In a short telephone conversation with Border Patrol agent and National Border Patrol Council Local 455 Chapter President Hector Garza, this practice is not uncommon as the biggest threat to pilots’ safety comes from the ground.

U.S. authorities state the shooting took place in an area known as La Bota Ranch, a subdivision of Laredo Texas.  The helicopter and the crew were part of a coordinated effort to interdict a load of narcotics coming from Mexico into Texas. Local authorities believe that the Mexican drug cartel Los Zetas, might have been involved. The Los Zetas drug cartel headquarters is located in Nuevo Laredo, Mexico, just across the border from Laredo.

At the time of the shooting, U.S. Customs and Border Patrol, the FBI, Homeland Security and the Texas Rangers all responded to the scene. The suspects fled from the scene and got away. The crime scene was processed by the Texas Rangers and the FBI. This is an active ongoing investigation being conducted by the FBI.

“The IACP/DuPont Kevlar Survivors’Club recognizes and honors those deserving law enforcement officers, who have survived a life-threatening or life-disabling incident as a result of wearing their body armor,” the IACP said in a statement. “It is our hope the award presentation will be used to reinforce the importance of wearing body armor daily. We sincerely feel the presentation will also foster a greater relationship between the department’s management and their front line officers.” 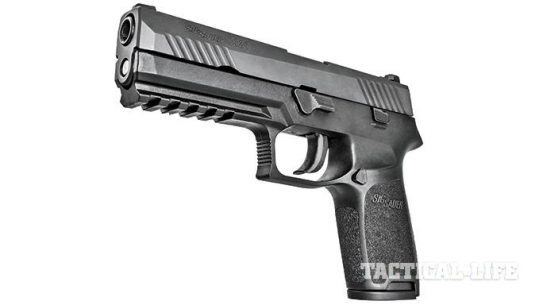