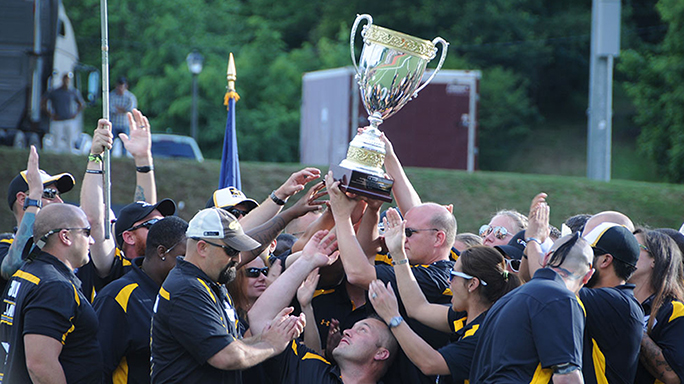 The following is a release from Keith Oliver and the U.S. Army:

MARINE CORPS BASE QUANTICO, Va. — The Army ruled almost every category on its way to grabbing the Chairman’s Cup for the second straight year at the 2015 Department of Defense Warrior Games held at this historic Marine Corps base.

“That very first event, cycling, is what really brought this team together,” said Sgt. 1st Class Keoki Smythe, the noncommissioned officer in charge at the Alexandria-based Warrior Transition Command.

“Then our track athletes and swimmers gave us a huge lead and our archery team had a gold medal sweep,” the Seattle native said.

Other events included wheelchair basketball, sitting volleyball and shooting. Wheelchair rugby had been slated as an exhibition sport but fell victim to hasty schedule changes in deference to two days’ severe downpours and tornado activity in the Mid-Atlantic region.

Begun in 2010 to test – and showcase – the resilience and adaptability of combat-wounded, ill and injured Soldiers, Sailors, Airmen, Marines and Coast Guardsmen, the first games were dominated by the Marine Corps before the Army surged to a victory last year.

This time, it was a Soldiers’ competition from start to finish as the Army notched 69 gold medals to the Marines’ 47.

The Army out-medaled all competitors in the silver and bronze categories, as well, rolling to 141 points for the Chairman’s Cup over the Marine Corps’ 96. The Air Force, with 65 points total, finished next. The British Armed Forces had 62 points, Special Operations Command had 34 and the Navy/Coast Guard team finished with 30.

Led by team captain Frank Barroqueiro and assistant team captain Samantha Goldenstein, the Army was presented with the monster-sized Chairman’s Cup by Gen. Martin E. Dempsey, chairman of the Joint Chiefs of Staff and former Army chief of staff.

In a touch of friendly rivalry, the Army beat a Marine Corps contingent in the presence of the hosts’ service chief, Marine Corps Commandant Gen. Joseph Dunford. Like Dempsey before him, Dunford has already been tapped by President Barack Obama to ascend to the chairman’s job.

But Dunford was quick to minimize the competition piece in favor of underscoring the healing power and heartfelt nurture brought to bear through the athletes’ Families, friends, physical therapists and other caregivers – many of whom were in the bleachers for the closing ceremonies.

“Truly, it is an honor, I feel very fortunate, just to be around these Soldiers, the way they support each other,” he said. 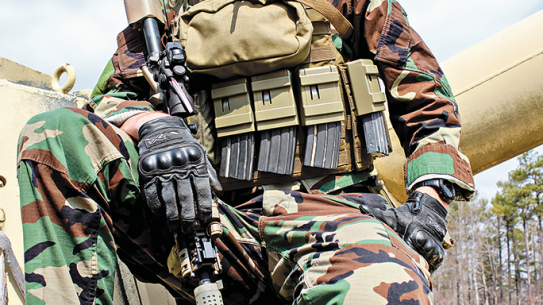 From new ammunition to power scopes, the new products in the June/July 2015 issue...