A neighborhood on Charleston’s west side was evacuated after police found a man with two bombs and several firearms in his car.

The incident happened early Monday morning in the 1000 block of Madison Street.

William Allen Anderson II, 45, of Charleston, was arrested and charged early Monday morning after police found two bombs, a fuse, black powder and ammo inside his car, according to the complaint. Investigators also say Anderson had several firearms in his possession.

According to the criminal complaint, Anderson was walking on Madison Street when a neighbor saw him with a shotgun in his jacket. Just minutes later, Anderson fell on his porch, dropped the gun and told his daughter to call police, according to the complaint.

Police say when they got on scene Anderson didn’t follow orders at first, but later gave them the firearms in his possession and got on the ground.

Anderson is charged with several crimes, including two counts of having an explosive, carrying a concealed weapon, brandishing and obstructing officer.

“He had several weapons, a couple were shotguns, several assault rifles, a large caliber handgun and 1,000s of rounds of ammunition and the two bombs,” Sergeant S.A. Cooper said.

No one was hurt during the incident. Police say they’re still investigating the case and a motive has not been released.

A portion of Madison Street was evacuated as a precaution around 1:30 a.m. Monday, but everything got back to normal around 5:00 a.m.

“We are very thankful, no one was hurt,” Sergeant Cooper said. 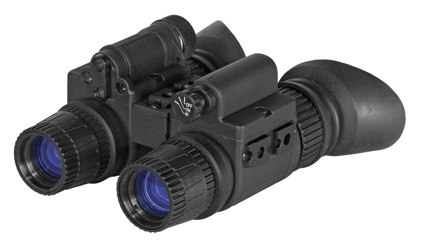