Two lawmakers who believe violence has become so rampant in Chicago that the Illinois National Guard must be called in to help made a public plea to Gov. Pat Quinn on Sunday to deploy troops.

A recent surge in violent crime, including a night last week that saw seven people killed and 18 wounded — mostly by gunfire — prompted the request from Chicago Democratic Reps. John Fritchey and LaShawn Ford. They were joined by Willie Williams, whose son was shot and killed in 2006.

Chicago has had 113 homicide victims so far this year, Fritchey said.

“As we speak, National Guard members are working side-by-side with our troops to fight a war halfway around the world,” he said during a news conference in downtown Chicago. “The unfortunate reality is that we have another war that is just as deadly that is taking place right in our backyard.”

Fritchey said later that the proposal wasn’t a “no confidence” vote toward police.

“I think the police have done a commendable job in fighting this surge in violence, but I also think they could use some well-trained help,” he said. “The reality is that (police) department resources are stretched thin.”

“I appreciate their frustration and their willingness to help,” he said after Fritchey and Ford’s news conference. “But I am simply not sure the National Guard is the answer to our problems — at least in terms of mass deployment. I’m frankly not sure what their mission would be.”

Weis said most of the violent crime has been focused in areas that represent only 9 percent of the city. Last week, he said the department was improving its gang intelligence, developing new computer programs and creating a mobile strike force of about 100 officers to try to quell the violence, which has been largely confined to the city’s south and west sides.

Fritchey said guard members have been trained in civil law enforcement as part of their nation-building assignments in Iraq and Afghanistan. 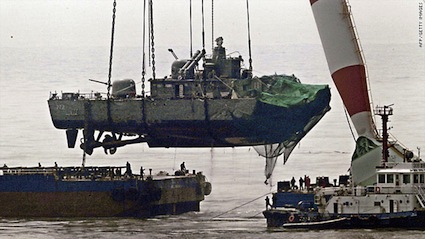