In “Operation C. W. Marketing,” 102 fugitives wanted for violent felonies, traffic offenses, unpaid child support and contempt of court, among other offenses, were caught in an operation that lured them to test new plasma televisions and video game systems, Cook Country Sheriff’s Office said on Tuesday.

“More than 100 wanted fugitives thought they were coming to a Southwest Side warehouse to test the home electronics, but they soon realized they were targets in an undercover operation that led them right to awaiting officers,” sheriff Thomas Dart said in a statement.

While thousands of letters came back as undeliverable, more than 50 wanted fugitives — ranging in age from 19 to 66 — made appointments. As the offenders pulled up to the warehouse, undercover officers headed to their cars while carrying empty boxes for plasma TVs and video game systems, officials said. The fugitives were then welcomed by other officers wearing bright t-shirts and surrounded by signs and balloons. 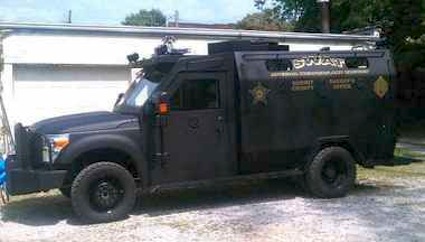