WASHINGTON, March 25, 2009 – Transformation of the Chinese military has gained speed, but U.S. officials would like to see China become more transparent about military and security affairs, according to a report to Congress released today.

In the report, officials said that Chinese transparency has improved over the past year, “but much remains to be learned about China’s national and military strategies, progress and trends in its military modernization, and the related implications for regional security and stability.”

China’s increased military ability stems from the nation’s emergence as an economic superpower. With 8 percent per year economic growth, the Chinese have been able to invest significant sums in military modernization.

Morrell said the United States continues to ask for “more dialogue and transparency in our dealings with the Chinese government and military, all in an effort to reduce suspicions on both sides.”

The Chinese still look at transparency as “a transaction to be negotiated.” U.S. officials would like the Chinese to see transparency as a responsibility that accompanies the accumulation of national power. Without this transparency, conclusions in the report are subject to best guesses by U.S. experts.

To begin, the Chinese need to be more transparent in budgeting, the report says. The People’s Liberation Army budget has more than doubled since 2000 — from $27.9 billion to $60.1 billion. Officials believe the Chinese are underreporting the amount they spend on security. The real budget in 2008 is probably between $105 billion and $150 billion, they said.

Llimited transparency can be dangerous and lead to instability. Also, the Chinese reluctance creates uncertainty and increases the potential for misunderstanding and miscalculation, U.S. officials say.“The United States continues to work with our allies and friends in the region to monitor these developments and adjust our policies accordingly,” the report says.

Chinese military capabilities have increased tremendously. People’s Liberation Army officials have invested in the acquisition of advanced foreign weapons, and they have fueled hothouse growth in domestic defense industries. The Chinese military also has poured money into research and development. On top of this, there is a far-reaching organizational and doctrinal reform of the People’s Liberation Army.

“China’s ability to sustain military power at a distance remains limited, but its armed forces continue to develop and field disruptive military technologies, including those for anti-access/area-denial, as well as for nuclear, space and cyber warfare, that are changing regional military balances and that have implications beyond the Asia-Pacific region,” the report says.

China continues to put military pressure on Taiwan. “China’s armed forces are rapidly developing coercive capabilities for the purpose of deterring Taiwan’s pursuit of de jure independence,” the report says. More advanced missiles, more equipment and better-trained troops have deployed to the military regions opposite the island. The military balance in the region continues to shift in Beijing’s favor, the report says, and Taiwan no longer enjoys “air dominance” over the Taiwan Straits.

The capabilities the Chinese are putting in place “could in the future be used to pressure Taiwan toward a settlement of the cross-Strait dispute on Beijing’s terms while simultaneously attempting to deter, delay or deny any possible U.S. support for the island in case of conflict,” the report says.

Some of the Chinese capabilities have allowed the military to contribute to peacekeeping operations, humanitarian assistance, disaster relief and counter-piracy. “However, some of these capabilities, as well as other, more disruptive ones, could allow China to project power to ensure access to resources or enforce claims to disputed territories,” the report says.

The Chinese assert that the People’s Liberation Army is purely defensive and aimed solely at protecting China’s security and interests. “Over the past several years, China has begun a new phase of military development by beginning to articulate roles and missions for the PLA that go beyond China’s immediate territorial interests,” the report says. But these statements have not cleared up international community questions about the purposes and objectives of the PLA’s evolving doctrine and capabilities.

China has modernized its intercontinental ballistic missile arsenal with the deployment of DF-31 and DF-31A missiles, the report says. They also are readying to launch a new class of ballistic missile submarines soon, it says.

The Chinese military has worked to develop anti-access and area-denial weapons, the report says. This capability goes beyond the nation’s borders. China has developed the capability to hold surface ships, including aircraft carriers, at risk. The weaponry includes quiet submarines, advanced anti-ship cruise missiles, wire-guided and wake-homing torpedoes, or anti-ship ballistic missiles. They are working to deny use of shore-based airfields, secure bastions and regional logistics hubs via conventional ballistic missiles with greater ranges and accuracy, and land-attack cruise missiles, the report says. 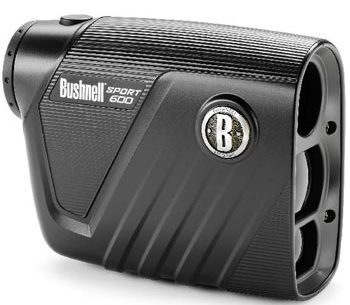 WASHINGTON, March 25, 2009 – Transformation of the Chinese military has gained speed, but…