Retired Gen. David Petraeus stepped down Friday as head of the Central Intelligence Agency – 14 months after taking the job, days after the presidential election and days before he was to testify before Congress about an attack on a U.S. consulate in Libya that left four Americans dead.

[Updated at 4:52 p.m.] Acting CIA Director Michael Morrell will testify next week before the Senate Intelligence Committee about the fatal attack in Benghazi instead of David Petraeus, according to the office of that committee’s chairwoman, Sen. Dianne Feinstein.

[Updated at 4:25 p.m.] U.S. Sen. John McCain extolled Petraeus as one of “America’s greatest military heroes,” expressing his gratitude for his “decades of work on behalf of our nation, our military and our security.” McCain, an Arizona Republican and the ranking member of the Senate Armed Services Committee, added, “His inspirational leadership and his genius were directly responsible – after years of failure – for the success of the surge in Iraq.”

The following message was released to the CIA workforce this afternoon:

Yesterday afternoon, I went to the White House and asked the President to be allowed, for personal reasons, to resign from my position as D/CIA. After being married for over 37 years, I showed extremely poor judgment by engaging in an extramarital affair. Such behavior is unacceptable, both as a husband and as the leader of an organization such as ours. This afternoon, the President graciously accepted my resignation.

As I depart Langley, I want you to know that it has been the greatest of privileges to have served with you, the officers of our Nation’s Silent Service, a work force that is truly exceptional in every regard. Indeed, you did extraordinary work on a host of critical missions during my time as director, and I am deeply grateful to you for that.

Thank you for your extraordinary service to our country, and best wishes for continued success in the important endeavors that lie ahead for our country and our Agency.

With admiration and appreciation, 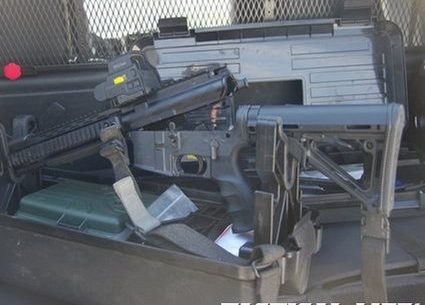