Fox News has learned from sources who were on the ground in Benghazi that an urgent request from the CIA annex for military back-up during the attack on the U.S. consulate and subsequent attack several hours later was denied by U.S. officials — who also told the CIA operators twice to “stand down” rather than help the ambassador’s team when shots were heard at approximately 9:40 p.m. in Benghazi on Sept. 11.

Former Navy SEAL Tyrone Woods was part of a small team who was at the CIA annex about a mile from the U.S. consulate where Ambassador Chris Stevens and his team came under attack. When he and others heard the shots fired, they informed their higher-ups at the annex to tell them what they were hearing and requested permission to go to the consulate and help out. They were told to “stand down,” according to sources familiar with the exchange. Soon after, they were again told to “stand down.”

Woods and at least two others ignored those orders and made their way to the consulate which at that point was on fire. Shots were exchanged. The rescue team from the CIA annex evacuated those who remained at the consulate and Sean Smith, who had been killed in the initial attack. They could not find the ambassador and returned to the CIA annex at about midnight.

Fox News’ Greg Palkot traveled to Benghazi, Libya where an attack on the United States consulate killed four Americans on September 11th. His reporting was a part of Bret Baier’s ‘Special Report Investigates: Death And Deceit In Benghazi’ which will air again on Fox News Channel, Sunday at 3p and 10p ET. Palkot spoke to eyewitnesses and investigated the abandoned compound for clues. The clips below show a timeline of terror, beginning with the morning of September 11, 2012.

The Arab Spring started with hope and has morphed into upheaval and turmoil throughout most of the Middle East. The 9/11 attack on the U.S. Consulate in Benghazi, Libya was brazen, deadly and well planned. Terrorist chose their target and attacked, killing the Ambassador and three other Americans. The firefight lasted almost three hours with heavy weapons fire, rocket propelled grenades and the torching of every building in the compound. U.S. soil was overrun and destroyed. From reports, seven Americans held off the onslaught and ultimately, saved lives. Their stories have not yet been told and in an upcoming issue of Tactical Weapons magazine, their bravery will be known. 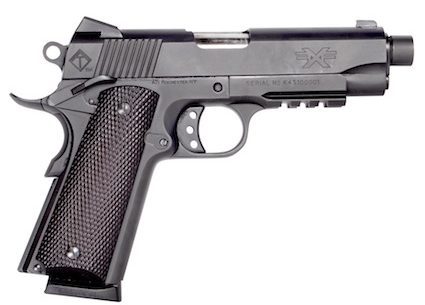 The FX45-K is one of three FX45 pistols American Tactical Imports introduced over the...