In the movies, bad guys go down—and stay down—after getting shot. In real life, however, those rules don’t apply. Case in point: Newly released body cam footage shows an officer with the East Cleveland Police Department in Ohio shooting a charging suspect in the stomach. Undeterred, the suspect keeps coming. See for yourself in the video above. 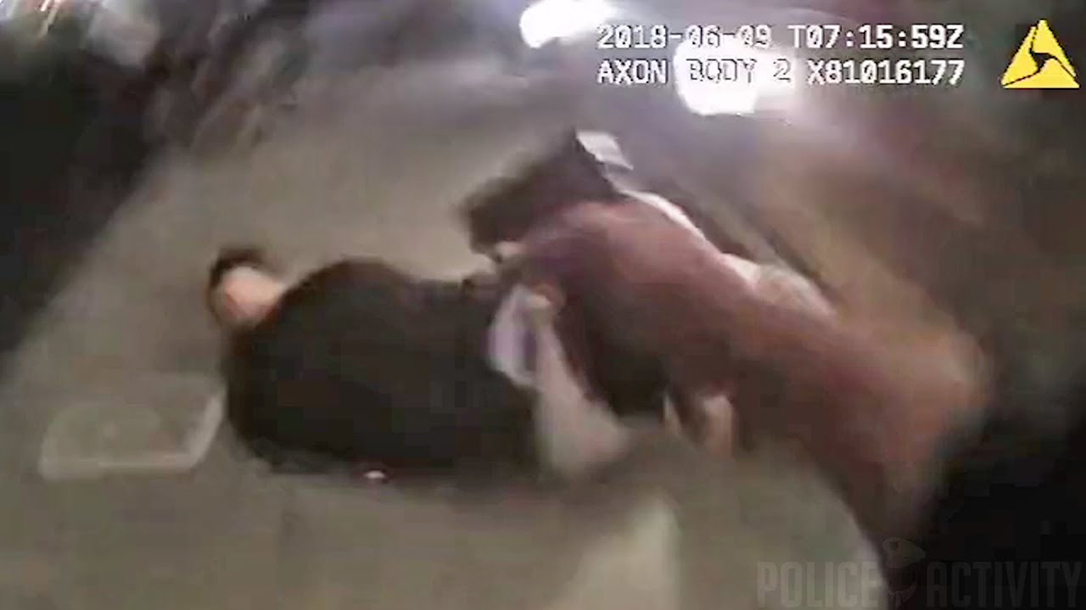 Fox8 says police got a call about a man beating a woman in the middle of the street and firing rounds from a gun into the air at around 1:30 p.m. on Father’s Day.

The body cam video shows officers arriving on the scene. The woman is lying on the ground, crying out in pain. As soon as the officers step out of the vehicle, the suspect charges at one of the officers.

The officer raises his duty gun and fires one round, hitting the suspect in the stomach. The suspect falls to the ground momentarily, but he immediately gets back up and starts fighting with another responding officer. He is eventually subdued by four officers.

A gun belonging to the suspect was found at the scene.

Commander Scott Gardner of the East Cleveland Police Department said two of his officers were injured during the attack. One officer has an orbital eye fracture, while the other has a broken hand. Both were treated and released from the hospital.

Bell has a criminal record in Pennsylvania, including multiple convictions for drug possession and carrying a gun without a license, ABC affiliate WEWS reported.

On the day of the incident, Bell’s aunt said he showed up at her door out of the blue on Sunday morning. Bell began acting erratically, eventually pulling out a gun and holding it to his head. Other family members eventually got Bell outside the house. That’s when Vicky Robinson, the woman Bell wound up attacking, happened to be walking by.

Robinson, a great grandmother, told WEWS she was on her way to a train station when Bell jumped her.

“Something just told me to turn around, and when I turned back around, it was too late to react to anything because he was up on me,” Robinson said. “He just snatched me by my neck and threw me down like he was throwing one of y’all down and just started choking me for no reason at all.”

Robinson suffered a bruised neck and scraped shoulder as a result of the attack.

The East Cleveland Police Department is less than half a mile from where the shooting occurred. 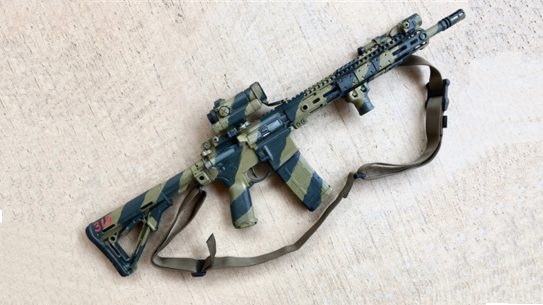