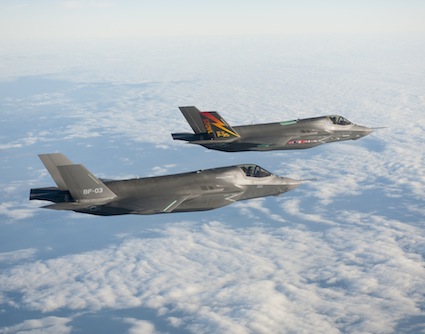 A defense acquisition board, known as a DAB, met behind closed doors at the Pentagon to examine the project that has forced repeated changes to deadlines and cost estimates.

The jet is being designed simultaneously for different take-off and landing capabilities for the Air Force, Navy and Marines. U.S. allies including Britain and Australia are assisting in its development.

There was no statement released at the conclusion of the DAB meeting Monday. One source familiar with the proceedings, but not authorized to speak publicly, said the session lasted three hours.

The Monday meeting was informational and preliminary, the source said, and was expected to be followed by another session in coming weeks, once more information has been compiled.

Pentagon spokesman Geoff Morrell said last week that any major decisions about the future of the project would not come now but instead would be part of the larger discussions about defense spending for the 2012 budget.

Some estimates put the cost of the F-35 at more than $380 billion, making it the Pentagon’s most costly weapons program.