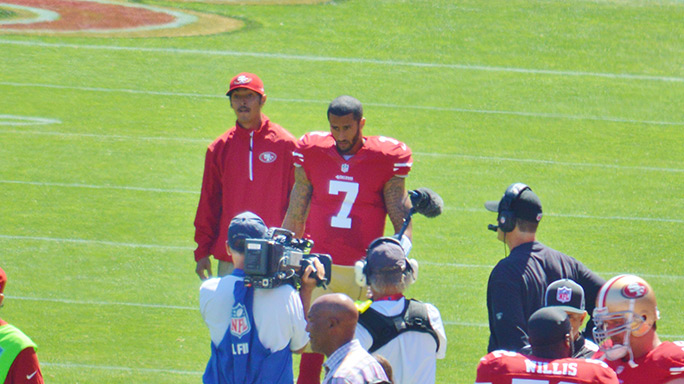 San Francisco 49ers quarterback Colin Kaepernick has been in the news quite a bit lately.

The 28-year-old first made headlines on Aug. 26 when he refused to stand for the national anthem during a preseason game.

Kaepernick told multiple media outlets, “I’ll continue to sit. … I’m going to continue to stand with the people that are being oppressed. To me, this is something that has to change, and when there’s significant change — and I feel like that flag represents what it’s supposed to represent, and this country is representing people the way it’s supposed to — I’ll stand.”

The quarterback’s stance on the national anthem has received mixed reviews, but Kaepernick also recently took a few shots at law enforcement this week.

Kaepernick was spotted wearing socks on the field that featured a cop hat on top of a pig’s head, which was met with immediate criticism from police around the country.

“It’s just ridiculous that the same league that prohibits the Dallas [Cowboys] football club from honoring the slain officers in their community with their uniforms stands silent when Kaepernick is dishonoring police officers with what he’s wearing on the field,” Bill Johnson, executive director of the National Association of Police Organizations, told USA TODAY Sports.

Also, during a recent post-game interview, Kaepernick had some choice words for police training.

“You can become a cop in six months, and don’t have to have the same amount of training as a cosmetologist, that’s insane,” Kaepernick told CRON4.

We would like to cordially invite you to the Alameda County Regional Training Center (RTC) in Dublin, Calif. The RTC is currently in session hosting our 156th and 157th basic police academies. In addition to the academy, we train thousands of law enforcement officers from throughout the state and country in all aspects of our profession, including use of force. We have a specially designed Use of Force simulator that puts officers in situations where they must make split second decisions on what actions to take. In addition, we invite you to meet with our current academies and veteran officers to talk to them about their experiences and yours.

We hope that you will take this opportunity to meet with a new generation of law enforcement officers and have an open dialogue.

Sincerely,
The Deputies of the Alameda County Sheriff’s Office

There has been no response from Colin Kaepernick. 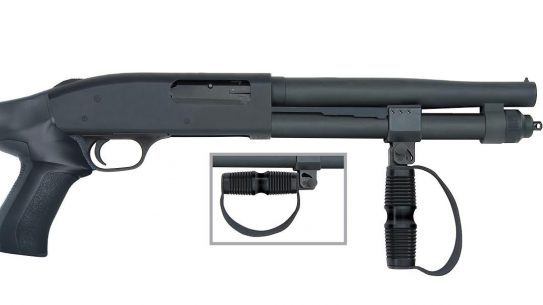