At his arraignment yesterday, Bermudez was ordered detained by U.S. Magistrate Judge Joan M. Azrack in the Eastern District of New York. Bermudez was arrested in Mexico City by Mexican law enforcement officials on Oct. 2, 2008, and was in custody in Mexico since the arrest and prior to his extradition to the United States.

The charges against Bermudez are contained in two separate indictments filed in the Eastern District of New York and the District of Columbia. The indictment filed in the Eastern District of New York charges Bermudez with working in Mexico as the intermediary for shipments of large quantities of cocaine sent by Luis Hernando Gomez Bustamante, one of the leaders of the Norte Valle Cartel, to various Mexican cartel leaders. As alleged in the indictment, from 1990 through 2007, Bustamante and his organization sent multi-ton shipments of cocaine from Colombia to Mexico by speed boats, fishing vessels, and other maritime conveyances and airplanes, for ultimate delivery to the United States. Between 1990 and the present, the Norte del Valle Cartel allegedly exported more than 1.2 million pounds – or 500 metric tons – of cocaine, worth in excess of $10 billion, from Colombia to the United States, the vast majority of which moved through Mexico. Bustamante pleaded guilty in the Eastern District of New York on June 26, 2008, and is awaiting sentence.

When the cocaine arrived in Mexico, Bermudez was allegedly responsible for insuring its delivery to the Mexican cartels, including the Juarez Cartel, headed by Vicente Carrillo Fuentes. Carrillo is currently a fugitive and is charged in the Eastern District of New York with drug trafficking. The Juarez Cartel, which operates in the Juarez-El Paso corridor, is one of the primary drug smuggling routes along the United States-Mexico border. The DEA estimates that approximately 70% of the cocaine which enters the United States through Mexico is transported through the Juarez-El Paso corridor. The State Department, under its Narcotics Rewards Program, has offered a reward of up to $5 million for information leading to the capture of Carrillo.

On May 27, 2009, Bermudez was designated by the U.S. Department of Treasury’s Office of Foreign Assets Control (“OFAC”) as a Specially Designated Narcotics Trafficker. The designation freezes Bermudez’s assets in the United States and prohibits him from engaging in any financial transactions with any U.S. company or individual. Earlier this month, the government of Colombia seized 194 assets belonging to Bermudez, valued at approximately $76 million, including apartment buildings, malls, aircraft, and ranches.

“The Department of Justice remains committed to working with our counterparts in Mexico to combat drug trafficking enterprises,” said Assistant Attorney General Breuer. “This extradition is an example of how our partnership with Mexican law enforcement can help us bring dangerous criminals to justice.”

“The extradition announced today is part of an ongoing international effort to stem the flow of illegal drugs across the U.S./Mexico border and into our communities,” stated United States Attorney Lynch. “The investigation and prosecution of drug traffickers is a priority of the Department of Justice and this Office. We will apply all available resources to win this battle.”

“Today’s extradition represents another significant success in severing the relationship between powerful Colombian traffickers and the violent Mexican Cartels,” said DEA Acting Administrator Leonhart. “Thanks to the relentless efforts of the U.S. law enforcement team and the critical assistance of our counterparts in Mexico and Colombia, ‘El Arquitecto’ is no longer a powerful intermediary for massive shipments of cocaine destined for our streets.” 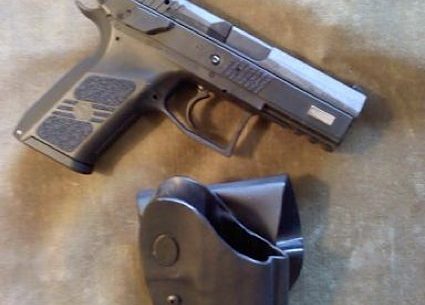