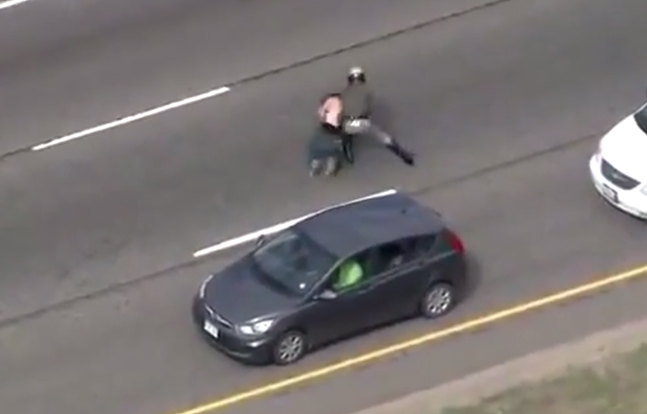 A veteran deputy with the Jefferson County Sheriff’s Office in Colorado quickly ended a crime spree Wednesday after single-handedly taking down an armed suspect on Interstate 70.

After multiple reported carjackings, the suspect crashed a stolen truck near the side of I-70. News helicopters caught much of the action, including when the suspect brandished a rifle and pointing it at cars that were driving by.

As the suspect caused a disturbance on the side of the highway, Deputy Fred Haggett was pulling up on his motorcycle when he drew his firearm and pointed it at the suspect.

As a deputy approached with his gun drawn, the suspect dropped his weapons but backed away from the deputy into the westbound lanes of the interstate. He broke into a run, but the deputy successfully grabbed him by his tank top and threw him to the roadway.

One motorist approached and helped the deputy by grabbing the suspect’s legs until additional deputies arrived.

“Wednesday is a training day, so we have more deputies on duty,” Jefferson County Sheriff’s Office spokeswoman Jacki Kelley told the Denver Post. “We were able to deploy a lot of resources into the area very quickly.”

“It was just a relentless pursuit,” she added. “We just continued to pursue the suspect until he eventually gave up. He just had no other choice.” 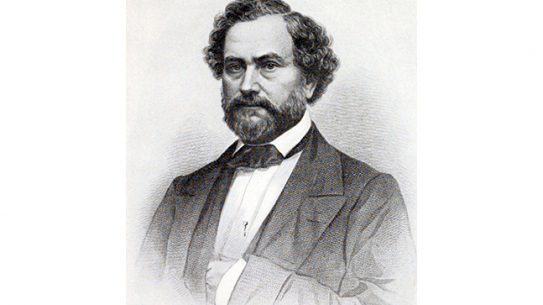 How Samuel Colt Shot to the Top of the Firearms Industry

After not immediately finding success with his firearms, Samuel Colt stayed the course and...