According to data from the Instacheck Unit of CBI, the office that handles statewide background check requests for any firearm transaction, the office approved 196,980 total background checks in 2008. In 2009, CBI approved 202,613, about half of which were handgun sales.

When the Post Independent spoke to CBI spokesman Lance Clem in January, before the final numbers for 2009 were released, he expected the 2009 totals to be higher than the previous year’s.

“There was a real surge in gun sales right after the [presidential] election,” Clem said. “I don’t think that it will be quite that many in December, but the total probably will exceed the 2008 total.”

Clem said that CBI has been very busy this year keeping up with the increase in background check requests. But the office has managed to keep the requests to under 30 minutes. The average time for a background check to process in December was 23 minutes, according to CBI statistics. Instacheck also reported a 3 percent increase of gun dealers using the online Instacheck verification rather than calling in on the phone, with 88 percent of total checks happening over the Internet.

Sure to follow any increase is a decrease. And local dealers say that they are expecting to see a decrease in sales very soon. According to Edward Wilks, owner of the Tradesman in Rifle, 2009 guns sales were through the roof, but the market is beginning to cool down to pre-Obama levels.

“It was just nuts,” Wilks said.

In Wilks’ opinion, there was a huge spike in demand before Obama took office, and supplies diminished, which created the surge. And now the market is equalizing out, he said.

Wilks said that sales will eventually drop off. However, it’s not that gun sales will drop from normal levels, but rather just return to normal.

Read the rest of John Gardner’s story at the Glenwood Springs Post Independent. 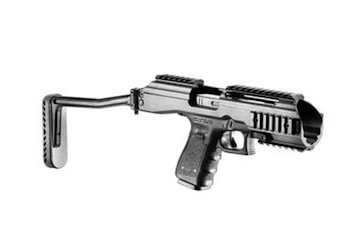