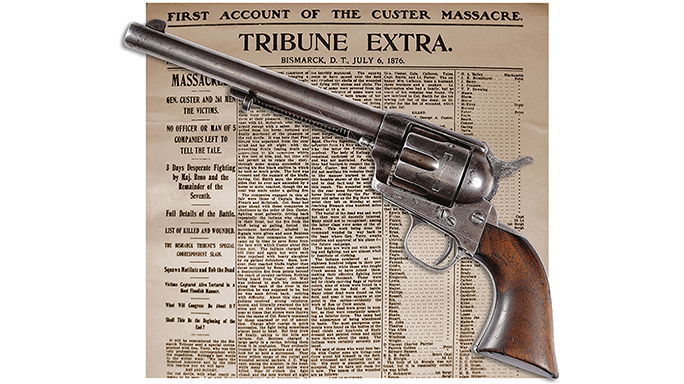 1 of 4
Rare Colt Single Action Army Pistol Fetches $460K at Auction
The only documented complete and original Colt SA Army positively proven to be used by one of Custer’s men during the infamous Battle of the Little Big Horn, a great American historical treasure. It came to auction with a presale estimate of $175,000-275,000 and brought a whopping $460,000. 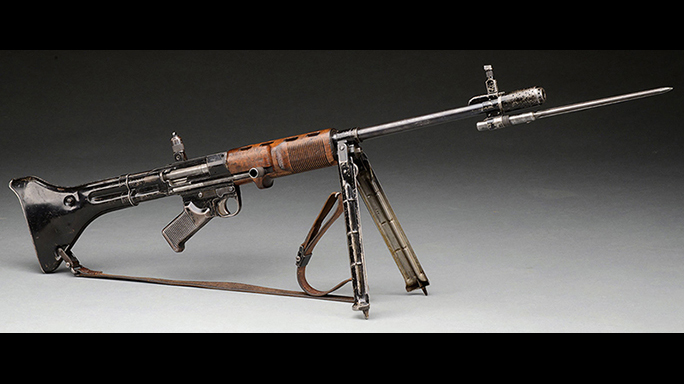 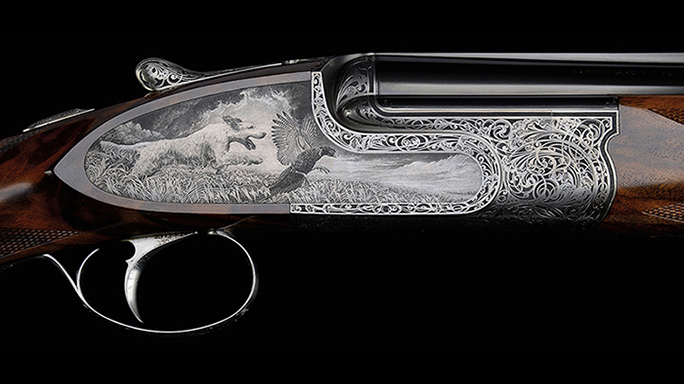 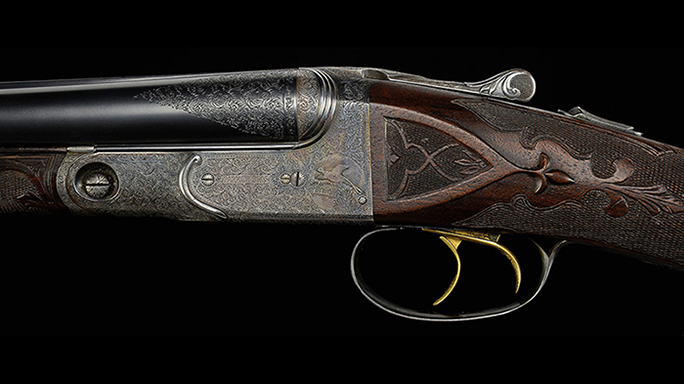 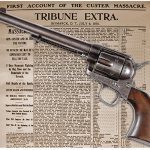 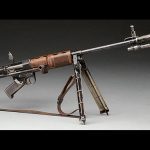 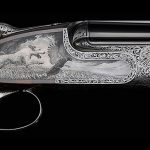 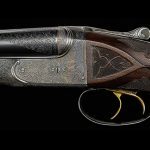 Prior to the action, the pistol was dentified as “the only complete and original Colt positively proven to have been used by one of Custer’s men during the infamous Battle of the Little Bighorn,”according to a release from James D. Julia Auctioneers. The Colt Single Action Army, originally estimated at $175,000-275,000, realized a price of $460,000.

The auctions, held from April 8-13, 2017, generated nearly $17 million in total. While the Colt Single Single Action Army was the star of the show, there were several other firearms that fetched a serious amount of money (also pictured in the gallery above).

A pair of Ivo Fabbri 20 gauge O/U shotguns with “incredible detailed engraving by renowned Italian master engraver Firmo Fracassi” sold for a total of $299,000. That price is the highest ever paid for a true pair of Fabbri shotguns at auction, according to the release.

Last on the list was a Krieghoff First Model German FG-42 automatic rifle (a DEWAT model).

“One of the most desirable guns to collectors of Class 3, this gun came to auction with a presale estimate of $175,000-250,000 and after a major bidding battle, it went out at $195,500,” according to James D. Julia. “This is a world auction record for a Krieghoff First Model and it is also the most expensive DEWAT ever sold at auction.” 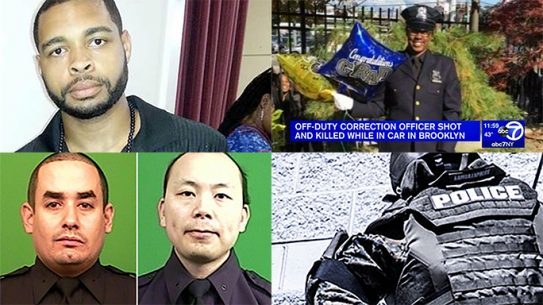