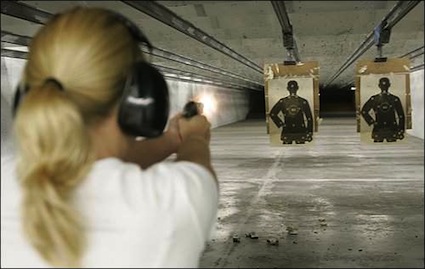 Colorado Democrats rejected a proposal to allow concealed weapons without a permit because of concerns that it would remove a safeguard to prevent guns from being used by criminals and the mentally ill.

The proposal failed Monday on a party-line 3-2 vote in a Senate committee. A similar bill failed last year.

Republicans say allowing law-abiding citizens to carry a conceal weapon without a permit would increase public safety because people could defend themselves. But law enforcement officials and advocates for victims of domestic violence say the bill would make it easier for criminals to carry guns. Sheriffs currently can deny concealed-carry permits to some based on background checks.

Source: The Associated Press via KRDO.

Some U.S.pilots want to holster pistol outside cockpits.