Created by a former soldier, CPGear.com and CPGear Tactical was born out of the need to help members of the military.

As the men and women of the military will tell you, the daily demands of military service are as diverse as the environments in which these members of the armed forces serve.

“There is really no such thing as an average day in the military,” says Matt Fisher, a former member of the Canadian Forces and US military. “Military personnel by nature of their job can find themselves working in a range of environments from urban terrain made up of shattered and broken buildings and streets, to the high arctic where mother nature can be the biggest threat to your survival, to insect and disease ridden jungles that are so dark at night that not even the most advanced night vision equipment allows large scale operations to be conducted.”

Fisher, who is responsible for military product development for CPGear Tactical and CPGear.com, says the unique demands on military personnel make having the proper military gear and tactical gear essential.

“Depending on the environment, proper gear can make the difference between life and death,” he says. “For example, when operating in arctic or mountain conditions, being improperly dressed and equipped can lead to exposure injuries such as hypothermia which leads to death if not addressed. For the most part, having effective equipment is a tremendous confidence builder for the troops using it. Fighting the enemy is difficult enough, so any distraction related to ill-fitting or non-functioning equipment is the last thing a Soldier needs to face in combat conditions.”

For Fisher, the rapidly changing theatres in which military forces operate also requires gear that can respond to the job at hand be available quickly and help a soldier when in the field.

“One of the biggest things we’ve noticed is that with the speed at which the operating environment changes, the troops want the gear they use to be well suited for that environment, now not tomorrow,” he says. “A load bearing vest that was designed for peacekeeping operations 15 years ago may not meet the requirements of a soldier on a combat patrol, or a backpack that was designed to primarily be hung on the exterior of an armoured personnel carrier tearing across West Germany may not interface with a body armour vest that was developed as a result of recent combat operations. Today’s Canadian Forces are relatively well paid compared to their predecessors, and as such have come to expect a better quality of life in term of the type of housing they live in, vehicles they personally purchase, etc. As such, if they find that what they’re issued through the regular military supply system is outdated, or doesn’t quite meet their requirements, they often look to the commercial sector to fill those gaps.”
CPGear Tactical and CPGear.com also looks forward to serving the needs of customers who are not in the military.

“In addition to military customers, we do have a significant number of folks who buy our gear because they’re recreational shooters who compete in Service Rifle type competitions, or are hunters, or are civilian Search & Rescue volunteers,” says Fisher. “In addition to these guys, we also have a lot of paintball and airsoft/milsim enthusiasts who appreciate that we offer genuine CADPAT equipment. Whilst the majority of our R&D efforts are directed towards our military specific products, we aren’t afraid to shy away from custom projects, or if we have someone approach us with a good idea that has a large scale application within their area of interest such as a new type of paintball gear pouch, we’re more than happy to listen.”

CPGear Tactical is a producer of specialty gear that can be customized and designed for military, tactical or industry-specific use. Visit CPGear online at www.cpgear.com. 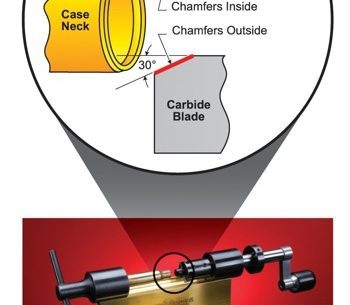 Created by a former soldier, CPGear.com and CPGear Tactical was born out of the…