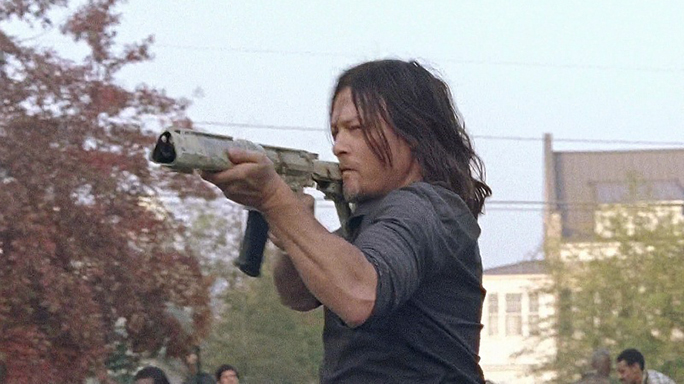 1 of 2
Photo by AMC
What Gun Was Daryl Firing in ‘The Walking Dead’ Season 7 Finale? 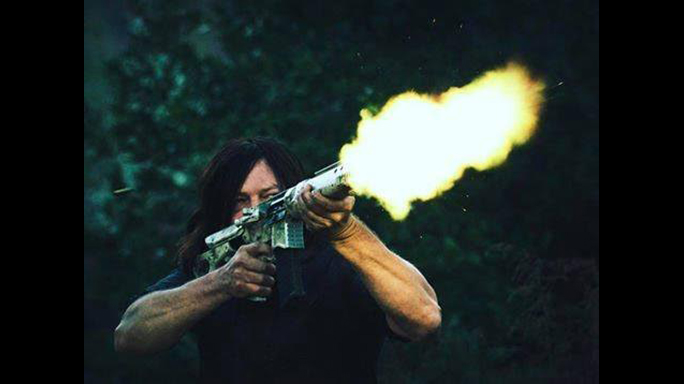 2 of 2
Photo by Norman Reedus/Facebook
What Gun Was Daryl Firing in ‘The Walking Dead’ Season 7 Finale? 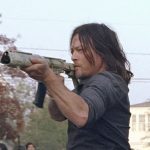 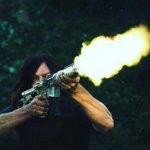 One of the biggest questions buzzing around the Internet after Sunday’s “The Walking Dead” Season 7 finale was “What gun was Daryl firing?”

The finale concludes with a massive firefight involving a number of different communities — and a tiger — teaming up against antagonist Negan (Jeffrey Dean Morgan) and his group of Saviors. During the fight, Daryl, played by Norman Reedus, is shown with a unique-looking AR that left viewers wondering, “What the hell was that?”

Tactical-Life has confirmed that is indeed a Seekins weapon, albeit customized by the show. The firearm in question is an SP223 billet upper and lower receiver with the aforementioned Magpul UBR. The Precision Reflex handguard is what gives it that unique look. While IMFDB reported it is in rifle length, we’re pretty sure it’s the carbine-length Gen III Delta Carbon Fiber Forearm in Dark Earth.

Seekins Precision has a fairly substantial showing on “The Walking Dead,” as the manufacturer’s parts were also heavily featured in most of Season 6 as the everyday weapons for characters Sasha and Glen. Having said that, the show just isn’t the same with Michael Rooker on it. 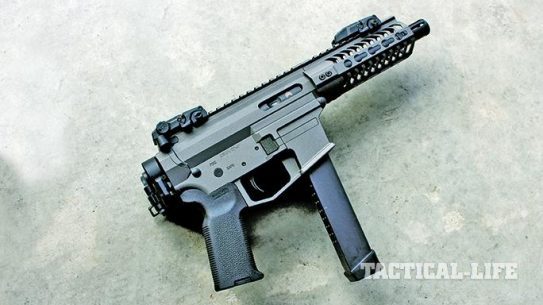 The Glock-mag-fed UDP-9 SBR is a serious contender for those who want a PDW...