The first trailer for the remake of the 1974 film “Death Wish” has hit the Internet and promises not to disappoint in terms of gun play.

The original film features classic tough guy Charles Bronson as a New York City architect turned revolver-wielding vigilante set on revenge after his wife is murdered by a group of thugs. “He randomly goes out and kills would-be muggers on the mean streets after dark,” according to IMDB.

On Nov. 22, 2017, Bruce Willis will take over in a similar lead role in the Eli Roth-directed remake.

The trailer shows a number of guns at varying levels. And like any Roth film, fans can expect significant amounts of blood and gratuitous violence.

The new “Death Wish” trailer also shows glimpses of SureFire, the Ruger 10/22 and Glock to some degree. Check it out above. 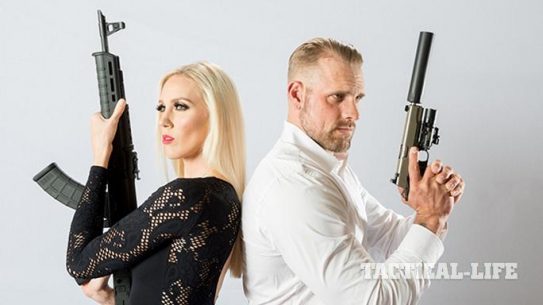 Should you find yourself in a situation where you have to save the damsel...