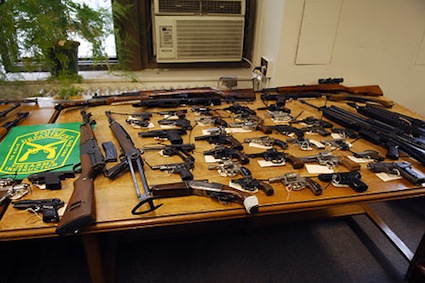 Yesterday, the Delaware Senate defeated Senate Bill 204, legislation to renew the state-funded gun “buyback” program. Misnamed since we do not buy firearms from the government, this program gives away taxpayer dollars to police and community groups in the name of crime reduction. Many thanks to state Senator Dave Lawson (R-15) who led the charge in helping defeat SB 204 by a 13 to 9 vote.

Sponsored by state Senator Robert Marshall (D-3), SB 204 sought to reauthorize the “Community Firearm Recovery Program,” which expires on July 1. This pilot program, started last year, was budgeted to spend $200,000 for the next fiscal year. Despite the need for annual funding, SB 204 would have created a permanent framework for this program and expanded it beyond Wilmington.

Lawmakers last year approved a pilot program that resulted in more than 2,000 weapons being exchanged for prepaid debit cards worth $100 to $200. The buyback event was so popular that officials exhausted the $100,000 allocated by the legislature, and some people were given vouchers to redeem later.

Legislation sponsored by Democratic Sen. Robert Marshall of Wilmington to extend the program was defeated 13-to-8 Wednesday, even though $200,000 had been set aside in the budget for the upcoming fiscal year.