When defense planners sat down in 2001 to look at the way servicemembers trained for joint operations, they realized that as much as service training programs had evolved, they simply weren’t preparing troops for the complex multinational and interagency operations they’re likely to face for the foreseeable future.

Soldiers, sailors, airmen and Marines preparing for combat trained as they had for decades. Ground troops hit the firing range, practiced their small-unit tactics, and then tested them during field training exercises. Sailors went through pre-deployment workups, training first at their general quarters stations, then as a ship’s crew, then as a battle group. Air Force ground crews ran pre-deployment missions while the pilots exercised their flight tactics and battle skills.

Dan Gardner, who is leading implementation of the Defense Department’s training transformation initiative, says these training models haven’t kept up with huge changes in how the military operates in the contemporary joint operational environment.

The training focused on kinetic war fighting skills, he said, despite the fact that the military increasingly takes on “soft-power” missions ranging from reconstruction to peacekeeping to humanitarian assistance. Training programs concentrated on building individuals’ and units’ capabilities, but hadn’t expanded to reflect the environment they would operate in – one that’s become increasingly joint, international and interagency and requires both kinetic and non-kinetic skills.

And although the military embraced technology that enhanced its operations, it hasn’t yet taken full advantage of the benefits technology could bring to military training.

Changing all that – and continuing to modernize and improve the military’s training approach – is the goal of the Defense Department’s training transformation effort, Gardner explained.

The training transformation initiative bumps that effort up a level by tapping into the most advanced technology and training approaches available, he said. “The idea was to take what was already world-class training and bring to it a joint context,” he said.

An Army brigade got its first taste of the realism that joint context brings to training during its January 2004 rotation through the National Training Center at Fort Irwin, Calif.. In addition to a whole realm of Army assets, the commander had access to other resources he might call on– air support from Air Force B-52 aircraft, long-range missile support from Navy Tomahawks and intelligence from overhead unmanned aerial vehicles, among them. Marines from the Marine Air Ground Combat Center at Twentynine Palms, Calif., participated as well.

Of these assets, some were real, and some virtual.

“The brigade commander has all these virtual assets,” Gardner said. “His staff has to figure out how to interact, not just with the Army, but also with the Air Force, Marine Corps and Navy. That’s all done in a training environment prior to them showing up and having to do the real thing in theater.”

The goal is to ensure no servicemember goes into a complex operating environment cold. “It’s geared toward providing joint, integrated training on an individual level and on a unit and staff level prior to deployment,” Gardner said.

To assess just how far this concept has evolved, fast-forward four years to U.S. Joint Forces Command’s Joint Warfighting Center in Suffolk, Va. Last month, the headquarters staff that was about to take command of Combined Joint Task Force Horn of Africa conducted a mission rehearsal exercise at the southern Virginia center to prepare for its upcoming mission.

Navy Rear Adm. Philip H. Green Jr. and his staff went through a week-long rehearsal that included representatives of all four services, as well as interagency and international partners involved in the mission. Among the 250 participants were representatives of Djibouti, where the combined joint task force is headquartered, as well as the Republic of Mauritius, United Kingdom and France.

The JFCOM exercise and myriad others like it exemplify what the training transformation initiative set out to accomplish. “We wanted to be realistic in our training to reflect what was actually happening in the theater,” Gardner said. “So our challenge was to be able to train to those joint, intergovernmental, multinational, interagency tasks in advance of showing up in the theater so we wouldn’t be doing those operations cold, conducting these tasks for the first time in an international environment.”

Training this way can’t always be accomplished in a traditional environment, with all the players represented and all their assets and capabilities applied. So in addition to live training – with actual units and their equipment and weapons operating as they would in combat or during an operation — the training transformation initiative weaves “virtual” and “constructive” assets into the scenarios.

“Virtual training,” Gardner explained, uses computers, simulators and other devices and technology so players can participate. Often they’re hundreds, even thousands, of miles away from the other participants and even from their actual equipment or weapons.

Picture a pilot in a simulator that looks identical to the cockpit of an attack aircraft, flying missions in support of an operation, without ever leaving the ground. Or a soldier using simulation to call in an artillery strike, without ever going to a training range or expending any real munitions. Or Marine squads and fire teams navigating the new Infantry Immersion Training at Camp Pendleton, Calif., where they experience the sights, sounds, smells and chaos of close combat, but none of the risk.

“Constructive training” takes simulation to the virtual level, as in a war game or sand table exercise. Forces move, equipment engages and weapons fire, but only on computer networks. “You have very few people,” Gardner explained. “It’s mainly a computer chugging and plugging data to come out with outcomes.”

This kind of training saves time and wear and tear on people and equipment, but also provides a platform for training that couldn’t otherwise happen. Participants at 41 sites around the globe can connect into one system, the Joint Training and Experimentation Network, and train together in a common operational environment.

“In many cases, we simply couldn’t generate everyone in the same place at the same time in a live environment,” he said. “It would be too expensive. You would have problems with equipment or with the weather.” By incorporating a combination of live, virtual and constructive training, those constraints are gone.

As the training transformation taps into technology not just to create realism, it’s also using it to build capability throughout the military.

The military services have long used the Internet to deliver individual training and education to their members. They developed electronic courseware that servicemembers could access anywhere and anytime, regardless of where they happened to be in the world or the hour of the day.

The problem, Gardner said, is that the services were all developing their own courses independently and couldn’t share them with each other due to different development standards or proprietary software rules.

In simple terms, that means the military doesn’t have to reinvent the wheel every time it needs a new course. If the Marine Corps has a computer-based course on close-combat skills and the Army wants to develop one, the Army can adapt the Marines’ course to its own needs. A course delivered to generals and flag officers at the National Defense University can be tailored for delivery to junior officers or noncommissioned officers.

The Defense Department issued an instruction requiring the services to use the SCORM model when developing new courses, and only after checking to see if a similar course could be tailored to their needs.

The department is building a repository of what Gardner estimated could be “tens of thousands” of advanced distributed learning courses, many already SCORM-compliant. “Ultimately, this will provide a reusability power that will big a big benefit for the department and for the taxpayer,” he said.

As far as the training transformation initiative has come, more developments are on the horizon.

Gardner said he’s excited about possibilities that will be opened up as the advanced distributed learning effort grows. His staff also is looking at ways to ensure training is better integrated into the acquisitions process, so that as new systems come on line, the training requirement is in place to support it.

In addition, a team of Defense Department, State Department, U.S. Agency for International Development and other government leaders is exploring ways to improve the way their agencies train together for operations they will conduct together. “It’s going to really pay dividends in the training environment, for DoD, for the other agencies and for the nation,” Gardner said.

These efforts are helping provide a better-trained joint force, prepared for the challenges it will face in the future, Gardner said.

“Our efforts are aimed at the integration piece, to be a force multiplier,” he said. “Ultimately, it’s about keeping our forces safer and bringing them home faster, and hopefully spending less coin of the realm in doing so.” 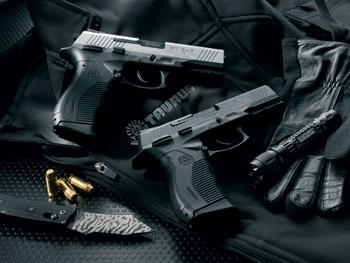