There has been a broad political welcome for the decision of three paramilitary organisations – the Irish National Liberation Army, the Official IRA and the south east Antrim brigade of the Ulster Defence Association – to dispose of illegally-held weaponry.

The Northern Ireland legislation that enables the Independent International Commission on Decommissioning (IICD) to accept and destroy weapons expires today, leaving paramilitaries open to prosecution and possible imprisonment if they miss the deadline.

Until today, paramilitaries could use a certificate from the IICD to allow them to move arms from one location to another to facilitate decommissioning. Once the legislation expires, weapons can be forensically tested and the evidence produced in court.

At a press conference in Belfast yesterday morning, members of the Irish Republican Socialist Party (IRSP), political counterpart of the INLA, announced that the paramilitary group had decided to disarm because “armed struggle is not a viable option at this time”.

At another Belfast press conference, it was announced that the Official IRA, which declared a ceasefire in 1972 but continued to be involved in illegal activity, had handed over all of its remaining weapons to be decommissioned.

Read more at the irishtimes.com. 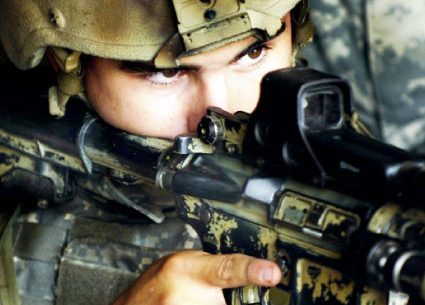