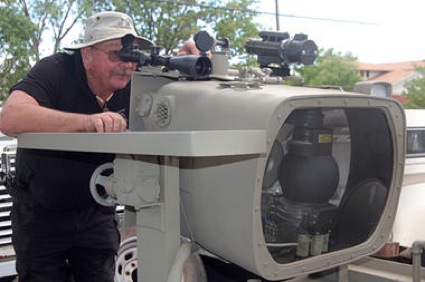 Cochise County resident Lynn Kartchner, who wears a sidearm, tests a modified military searchlight that he uses to look for illegal activity at night in Arizona. Image: Lourdes Medrano

If night and the high mountains that enclose the San Bernardino Valley are the greatest allies of drug smugglers trying to cross the US-Mexican border, then Lynn Kartchner intends to become one of the smugglers’ worst enemies.

A shop owner who has sold guns to alarmed ranchers and seen one of them die – perhaps at the hands of a smuggler – Mr. Kartchner is setting up on random nights on the property of six local ranchers along the border. With him is a military searchlight fitted with night-vision scopes and a siren. The idea is simple: Find smugglers and call the border patrol – and if trouble starts, be ready.

“If they shoot at me, I will shoot back,” Kartchner says of intruders. “And if I see them bringing up a weapon I’ll shoot them before they shoot me.”

rom the alleged murder of a tourist on Texas’ Falcon Lake by Mexican pirates to the killing of Kartchner’s rancher friend, Robert Krentz, in March, there is a growing perception along America’s southern border – sometimes at odds with statistics – that the US government is powerless to stop drug violence from crossing the border.

To some, the idea of armed civilians is a bad answer. “I’m not saying this guy would murder someone, but he might get confronted in a way that guns are pulled and people are shot,” says Mark Potok of Alabama’s Southern Poverty Law Center, which documents border vigilantism. 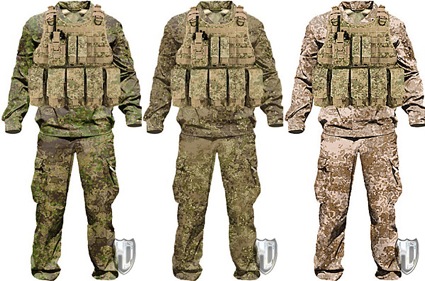