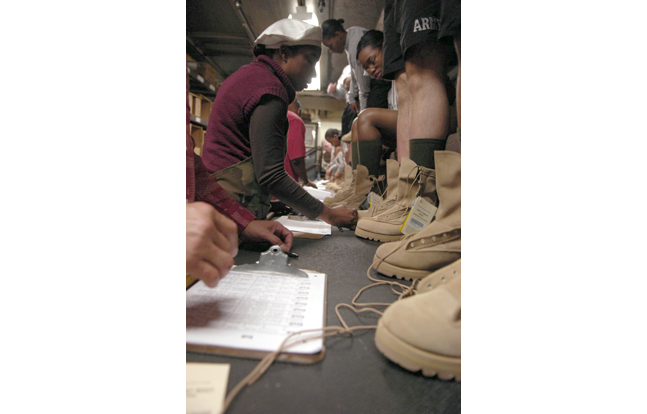 American-made, military footwear could soon be a reality. The Department of Defense is currently conducting market research into the idea.
Comment(s)

American-made, military footwear could soon be a reality. The Department of Defense is conducting market research into the idea by asking American manufacturers to submit information about their running shoes, including fits and sizes, volume of sales, cost and/or selling price, manufacturing capacity, and much more.

According to Air Force Times, the move is being hailed as an important step toward the U.S. military issuing American-made athletic shoes to new recruits.

The Berry Amendment, which stipulates that military clothes be American-made, has a 2002 exemption which allows the Army, Navy and Air Force to issue a cash allowance so recruits can buy sneakers based on comfort and injury-prevention. As Air Force Times points out, the DoD has thus far resisted calls from lawmakers and shoe manufacturers to end the exemption.

Sneaker manufacturers such as New Balance, Wolverine Worldwide, as well as manufacturers of Vibram soles and others have expressed interest in making a shoe for the military, New Balance spokesman Matt LeBretton said.

“We’re pretty determined that if the military isn’t buying American made shoes today, they will soon,” he added. 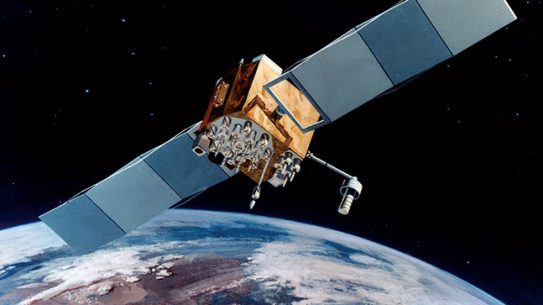 The Boeing-built GPS IIF satellite 5 is set to be launched by the U.S....