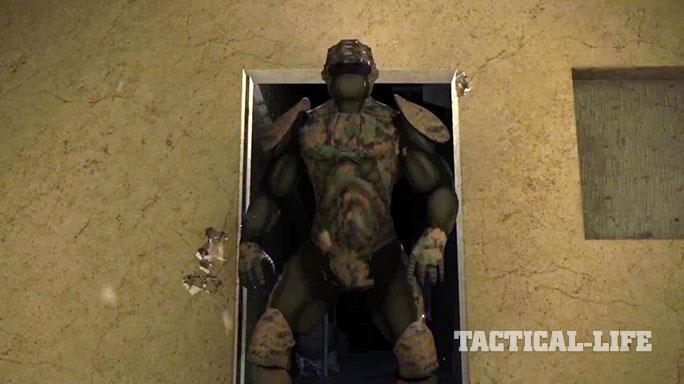 The following is a release from Jim Garamone of DoD News:

The Tactical Assault Light Operator Suit is being designed to give protection and capabilities to U.S. special operators, but the process of designing it may be as revolutionary as the suit itself, said U.S. Special Operations Command officials.

TALOS started 18 months ago, after incidents downrange caused SOCOM to take a hard look at how special operators are outfitted.

“We’ve put a lot of great technology on the battlefield, but have we really taken a step back and taken a clean sheet and said for the next five, 10, 15 years do we need what we’ve got now, or do are there other game-changing technologies we can incorporate?” James Geurts, Socom’s acquisition executive, said during a recent interview.

TALOS is an Important Program

Geurts said there are two fundamental reasons for the TALOS program. The first is the most obvious — DoD needs to examine new ways to protect and enable special operations service members.

“It’s not just body armor; it’s all the things that go into that,” he said.

This includes sensors, heads-up displays, an exoskeleton to reduce the load special operators carry, medical sensors, and much, much more.

The second reason keys on the question, “Are there new ways we can redesign how we acquire capability for the force?” Geurts asked.

Geurts used the examples of Kickstarter and collaborative crowd-sourced designs. He also pointed to the strides 3D printing/manufacturing has made.

Special Operations Command is uniquely positioned to do both, he said. “We’re a joint force, we value technology, we’ve got inherent capabilities to acquire it, and we have a long history of always looking to exploit whatever is available rapidly and get it on the battlefield,” Geurts said.

The Army, Navy and Air Force have responsibility to man, train and equip forces. The services and defense agencies have their own acquisition systems, with their own strengths and weaknesses, just like Socom.

“The key to me, is how do we take the strengths of both — just like we do operationally — so we’re both better,” Geurts said.

Socom’s advantages include nimbleness, agility and adaptability, Geurts said. The service branches, he added, have the advantage of scale, amplification, large networks and deep benches.

The TALOS effort is a good example of what Socom can bring to the acquisition process, Geurts said. The command has a small joint acquisition task force concentrating on the suit. They have opened the process up to an incredible number of companies, government agencies and entities and academia. They also held a “rapid prototyping event” last year, he said, that brought together all these players. It allowed the range of people to exchange the range of experiences, products and processes.

The hands-on event strengthened the network that has grown up around the suit, Geurts said. This acquisition strategy has worked beautifully for TALOS, he said, which has made tremendous progress.

“If we can close the distance between operator, acquirer, technologist, then I can create things that each would not independently create on their own,” he said. “[We’re] always worried about not providing a solution to the operator because they didn’t know to ask for it or not taking advantage of technology because I didn’t know how [the operators] could use it.”

“The real strength is the network,” Geurts said. “I’m not a person who thinks we should find one perfect acquisition process. I don’t think it exists. We buy a multitude of things. At Socom, what I’m looking for is: How do I have a multitude of tools and an acquisition workforce that knows which tool to pick for the job?”

Creating the next aircraft would probably call for a disciplined acquisition process that looks hard at the requirements and the trade-offs, Geurts said. Replacing a sensor on an aircraft, he added, may call for a more agile and adaptable process.

Tailored for Invention, Not Acquisition

“If I’m inventing something that doesn’t exist, neither of those processes is likely the best,” Geurts said. “TALOS is putting together another tool we haven’t fully exploited in DoD that’s tailored for invention, not acquisition.”

For this process the question becomes how does Socom “crowd-source from all entities of government, industry and academia and form partners and leverage all that to get a diverse input,” Geurts said.

TALOS has attracted companies and entities not used to working within a DoD system. “The wider and more diverse the players, the greater the solution set we can come up with,” he said.

Another question Socom is wrestling with is how to create “rolling collaboration events” and not just a “once-and-done,” Geurts said.

TALOS already has spun off 12 or 14 things that are a by-product of the research. “The end-product is certainly important, but the new things we acquire along the way and the new processes we develop are just as important,” he said. 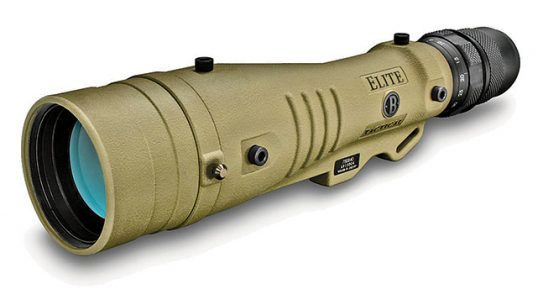 How to Pick the Perfect Spotter

A list of things to keep in mind when looking for the perfect spotter,...