The following is a release from the Department of Defense:

The Department of Defense Warrior Games 2015 will take place June 19 – 28 at Marine Corps Base Quantico, Va.

DoD Warrior Games is an annual sporting competition bringing together wounded, ill and injured service members and veterans from across the country.

This is the first year that the department is organizing the games, which were previously run by the United States Olympic Committee and held at the Olympic Training Center in Colorado Springs, Colo.

DoD Warrior Games 2015 will feature eight sporting events with approximately 200 athletes representing teams from the Marine Corps, Army, Navy, Air Force and U.S. Special Operations Command. Each military Service hosts trials in the months leading up to the games to determine their teams.

Adaptive sports and athletic reconditioning activities play a fundamental role in recovery, rehabilitation and reintegration of service members back to their units, or as they transition into the civilian environment.

“The courage, strength and skill of our warrior athletes and their families inspire their fellow service men and women, and Americans everywhere,” said Undersecretary of Defense for Personnel and Readiness Jessica Wright. “Everyone in the Department of Defense looks forward to celebrating the athletes’ accomplishments before, during and after June’s competition.”

In 2011, the Department of Defense created the Military Adaptive Sports Program to enhance warrior recovery by engaging wounded, ill and injured service members in ongoing, daily adaptive activities, based on their interest and ability. Since its inception, the Military Adaptive Sports Program has assisted more than 158,000 wounded, ill and injured service members at 325 structured camps and clinics, for activities, including: basketball, cycling, track, field, swimming, golf, sitting volleyball, yoga, and gardening.

Updates on the Department of Defense Warrior Games 2015 will be available at Defense.mil/warriorgames. 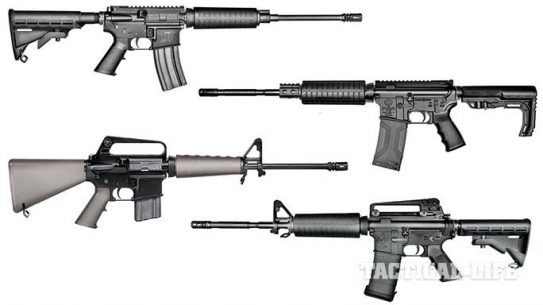 These sub-$1,000 ARs can prove their place on the range or during missions without...