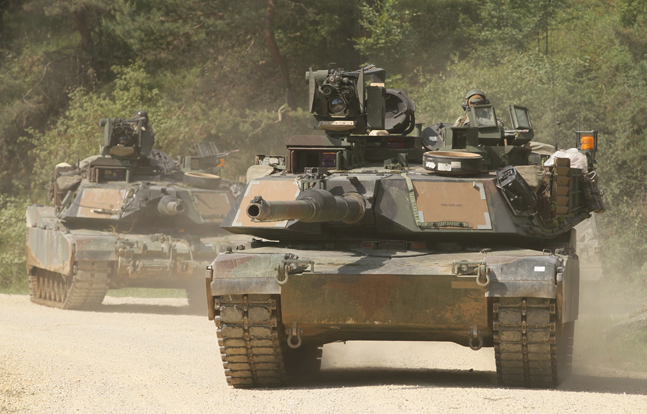 DRS Technologies and Rafael Advanced Defense Systems have proposed a new tank protection system to the U.S. Army. The Trophy Active Protection System is a vehicle-mounted system that is designed to instantly locate and destroy approaching enemy fire.

The Trophy Active Protection System uses an on-board 360-degree radar, processor and computer to locate, track and destroy enemy fire. The system is built to prevent harm from a wide range of weapons including Anti-Tank-Guided-Missiles, or ATGMs, and Rocket Propelled Grenades, or RPGs.

Trophy will detect an inbound threat and classify that threat. It will compute an intercept point in space away from the platform and, if the threat poses a danger to the platform, it will launch a countermeasure to defeat the threat away from the vehicle. Radar is constantly scanning the entire perimeter of the platform out to a known range. When a threat penetrates that range, the system then detects and classifies that threat and tells the on-board computer which determines the optimal kill point in space.

The Trophy Active Protection System is also able to locate the position of an enemy shooter. According to O’Leary,

Trophy will not only knock an RPG out of the sky but it will also calculate the shooter’s location. It will enable what we call slew-to-cue. At the same time that the system is defeating the threat that is coming at it, it will enable the main gun or sensor or weapons station to vector with sights to where the threat came from and engage, identify or call in fire. At very least you will get an early warning to enable you to take some kind of action. I am no longer on the defensive with Trophy. Israeli commanders will tell you ‘I am taking the fight to the enemy.’ 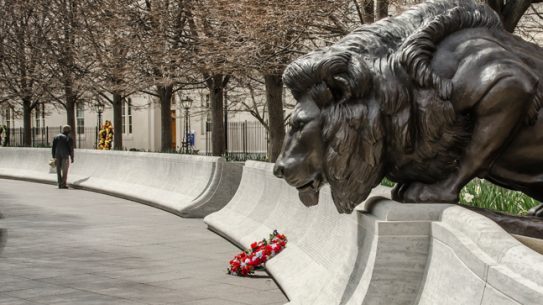 The National Law Enforcement Officers Memorial features the names of 20,267 federal, state and...