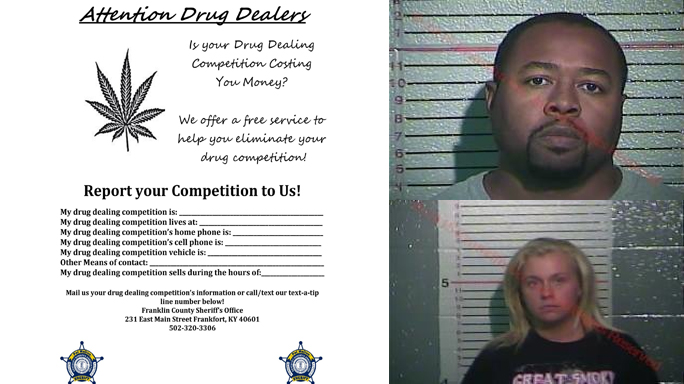 On Aug. 3, the Franklin County Sheriff’s Department in Kentucky posted a flyer on its Facebook page for drug dealers to turn in their competition.

A little different? Definitely. But less than three days later, the Franklin County Sheriff had two suspects in custody thanks to those same flyers.

After the post went viral, Franklin County Sheriff’s deputies received a tip about illegal drug activity that was taking place in the “Charro Court area.” An investigation started and “enough information was obtained to apply for a search warrant,” according to police officials.

Deputies recovered over four pounds of marijuana and approximately 1 ounce of cocaine. Four handguns were recovered at the scene.

Terrill D. Jackson, 35, of Frankfort was arrested and charged with Trafficking Controlled Substance First Degree, over 4 Grams of Cocaine, Firearms Enhancement, Possession of A Handgun By a Felon, Trafficking Marijuana over 8 ounces less than 5 pounds and Enhanced Drug Paraphernalia.

Anita Waddell, 29, of Frankfort was arrested and charged with Trafficking Controlled Substance First Degree, over 4 grams of Cocaine, Firearms Enhancement, Trafficking Marijuana over 8 ounces less than 5 pounds and Enhanced paraphernalia. 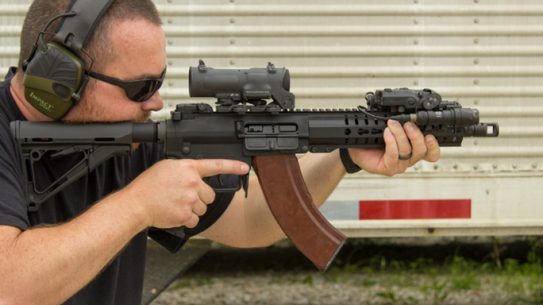 The five new versions of CMMG's Mk47 Mutant include an AR pistol, a short-barreled...