There’s no outrunning the police in Dubai. In fact, getting arrested might be a good thing, if only so you can say you caught a ride in their Bugatti Veyron, which has just been officially certified by Guinness World Records as the world’s fastest police car in service.

According to CNN, the Bugatti Veyron boasts a top speed of 253 mph and features a 16-cylinder engine which produces 1,000 horsepower, sending it from 0 to 60 mph in two and a half seconds. In other words, the car is really, really fast.

The world’s second-fastest police car is the Lamborghini Gallardo LP560-4, which has a top speed of 230 mph and is used by an Italian police force.

Fortunately for the bad guys, the Veyron isn’t actually used for nuts and bolts police work. It can mainly be seen tooling around tourist areas like the Dubai Mall and Jumeirah Beach Residence as a means of bolstering the public perception of police.

“We’re not looking to just show off with the car, we’re looking to show tourists how friendly the police is here in Dubai,” Major Sultan Al Marri of Dubai police’s General Department of Transport & Rescue told CNN. “We are looking for ways to connect with people all the time.” 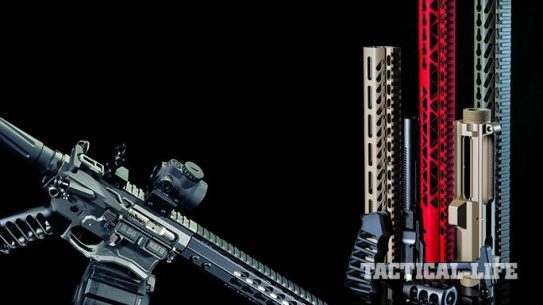 3 Guntec Parts to Take Your AR to the Next Level

Take your favorite AR to the next level with a new handguard, sights and...