Michigan-based EDAG Inc. is developing defense-industry technology that could save thousands of lives and generate more than 200 jobs in Michigan.

The company has designed a new system for quickly and safely clearing away roadside bombs, explosives, anti-personnel mines and anti-tank ordnance.

Developed at EDAG’s Aerospace and Defense Division in Auburn Hills, Mich., the company’s Area Mine Clearance System (AMCS) is safer to operate, more maneuverable and more efficient than mine-clearance systems currently in use around the world. The system also can be operated remotely without a driver or operator onboard.

EDAG is teaming on the project with several other defense contractors, including Lambda Corporation in Auburn Hills; RWF BRON in Woodstock, Ontario, Canada, and Armtrac Ltd. in Cambridgeshire, U.K.

“Equipment to safely and efficiently ‘demine’ large areas of land not only will be of tremendous use in combat zones in the Middle East, but also is needed in Central Europe, Africa and elsewhere where mine fields have resulted in significant civilian casualties,” said Matt Remenar, manager of EDAG’s Aerospace and Defense Division.

Plans call for vehicles equipped with the EDAG system to be built in Michigan. Annual production of 30 or more vehicles could result in more than 200 new jobs in Michigan alone, according to Volker Amelung, EDAG’s president and CEO.

It’s estimated that more than 26,000 people are killed each year by more than 110 million landmines currently in the ground around the world. Furthermore, an additional 2.5 million mines are laid annually.

Headquartered in Auburn Hills, Amelung noted that EDAG has a number of other high-tech defense-industry projects under development, including a compact, rapidly deployable medical-aid facility with a variety of military as well as civilian applications.

“Rapid-deployment medical facilities would be extremely helpful in bringing assistance to areas affected by natural disasters such as the recent earthquake in Haiti,” Amelung said. “Developed at EDAG in conjunction with Ziehm Medical, a sister company, the program would enable military and first-responder teams to not only treat mass casualties more efficiently, but with extended modules of the system it would provide the ability to decontaminate and administer medical care in the event of a nuclear, biological or chemical incident.”

EDAG Inc. is part of the EDAG Group, the world’s largest independent engineering development partner, based in Fulda, Germany. The company develops tailor-made concepts and solutions to meet future mobility requirements and has more than 5,600 employees at facilities in 17 countries on five continents around the world. 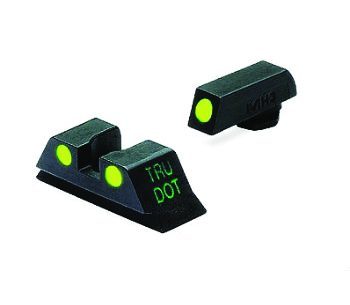 Michigan-based EDAG Inc. is developing defense-industry technology that could save thousands of lives and…