The following is a release from Lt.j.g. Christian Asaban, USS San Jacinto (CG-56):

The dynamic exercise was part of the strike group’s final preparation for the composition training unit exercise (COMPTUEX) that certifies all strike groups prior to deployment.

“We have always worked to evolve our training, including live firing exercises against high speed targets during and shortly after the Cold War,” said Velez. “And here we are once again adapting and demonstrating our tactical proficiency. With this shoot specifically, we’re seeing our Sailors operate their weapons systems successfully against advanced threats in contested battlespace environments.”

The six combatants–USS San Jacinto (CG 56), USS Monterey (CG 61), USS Mason (DDG 87), USS Roosevelt (DDG 81), USS Stout (DDG 55) and USS Nitze (DDG 94)–practiced a number of advanced tactical techniques and procedures including cooperative tracking before firing Standard Missiles (SM-2) at the inbound targets. All six ships scored kills as measured by the missile and target instrumentation, including two direct hits. This demonstrates a successful ramp-up in an era of continued complexity and tactical relevance in the employment of the Aegis weapons system against high-end threats.

SM-2 is an integral part of the layered defense that protects the world’s naval assets and gives warfighters a greater reach in the battlespace. SM-2 variants have successfully intercepted targets, proving their lethality against subsonic, supersonic, low- and high-altitude, high-maneuvering, diving, sea-skimming, anti-ship cruise missiles fighters, bombers and helicopters in an advanced electronic countermeasures environment. 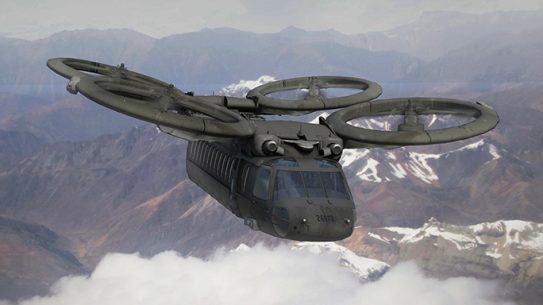 A team from the US Army Research Laboratory recently completed a live-fire test while...